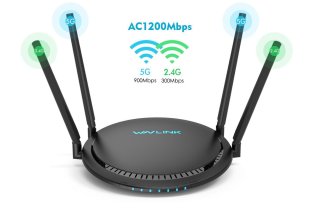 In the first quarter of this year, just over half of consumers in the U.S. bought their routers straight from their Internet service provider. That’s according to new survey numbers released this week by Parks Associates.

According to Parks’ Home Networking Smart Product Market Assessment, 52 percent got their routers that way, rather than buying them on their own.

“Internet service providers ramped up their efforts to deliver new CPE to their customers, looking to capitalize on renewed demand for high-speed, reliable, and stable internet services and Wi-Fi,” Kristen Hanich, research director, Parks Associates, said in the research firm’s release. “Among consumers who purchased their routers at retail, adoption is consolidating among the top brands. Consumers are looking for devices that deliver key features and functionality and increasingly see ISPs as a preferred channel.”

The pandemic and the continuing increase in those working from home led to strains on home networks and encouraged consumers to demand higher performance from their routers. ISPs, meanwhile, have risen to meet that demand.

“Many internet service providers are deploying new routers, gateways, and mesh networking equipment to better meet the needs of their subscribers," Hanich added. "OEMs have moved to meet customer demand, but lead times are still long due to supply chain constraints and record growth—ISPs added 9.3 million new households across 2020 and 2021.”

So what are the best routers available? According to PCMag, the TP-Link Archer AX11000 Next-Gen Tri-Band Gaming Router is the best Wi-Fi Router Overall, while the Reyee RG-E5 is the Best Mainstream Wi-Fi Router. The Asus ROG Rapture GT-AXE16000 is the Best Wi-Fi 6E Wireless Router, while the TP-Link Archer AX50 (AX3000) Dual Band Gigabit Wi-Fi 6 Router was named the Best Budget Wi-Fi 6 Router, and the Linksys EA6350 AC1200+ Dual-Band Smart Wi-Fi Wireless Router was the site’s pick for Best Budget Wi-Fi 5 Router.

“In the remote work era, your Wi-Fi router is piling up some serious overtime, doing a lot more than just helping you stream movies and play games,” PCMag said of the routers.

“Home Wi-Fi routers keep millions of people working, and they're also connecting an ever-growing range of smart home devices. That means picking one that does the best job for both you and your wallet is trickier than ever, especially now that we're seeing more Wi-Fi 6 devices becoming available…Wireless routers come with a variety of features, and as is the case with just about everything, the more features you get, the more you can expect to pay.”