Sell Off: Tesla Profits Down 30% as Company Dumps Bitcoin Holdings 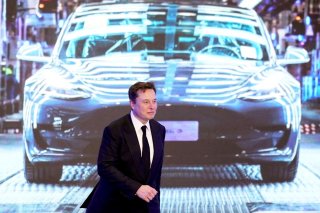 In its second-quarter earnings report this week, Tesla announced that it posted a profit of $2.26 billion, down about 31 percent from its earnings in the same quarter last year.

“We continued to make significant progress across the business during the second quarter of 2022. Though we faced certain challenges, including limited production and shutdowns in Shanghai for the majority of the quarter, we achieved an operating margin among the highest in the industry of 14.6%, a positive free cash flow of $621M, and ended the quarter with the highest vehicle production month in our history,” Tesla said in its earnings release.

The company had already said that it is suffering some trouble due to supply chain issues. In its separate delivery report earlier in July, Tesla had said that it had fewer deliveries in the second quarter than the first, which is its first negative quarter in two years. However, the figure of  258,000 vehicles produced was the third-biggest number in company history, behind only the previous two quarters.

“In Q2, we achieved record production rates across the company. However, we saw a continuation of manufacturing challenges related to shutdowns, global supply chain disruptions, labor shortages, and logistics and other complications, which limited our ability to consistently run our factories at full capacity,” Tesla said.

Another big piece of news was that Tesla has sold 75 percent of its Bitcoin holdings, adding nearly $1 billion in cash to its balance sheet.  “The reason we sold a bunch of our bitcoin holdings was that we were uncertain as to when the covid lockdowns in China would alleviate so it was important for us to maximize our cash position,” Elon Musk said on the earnings call, per CNBC. “This should not be taken as some verdict on Bitcoin.” Tesla, however, continues to hold Dogecoin, a cryptocurrency with which Musk has long been associated.

One analyst, Daniel Ives of Wedbush Securities, called Tesla’s performance in the quarter “better than the lowered whisper numbers.”

“Musk & Co. saw a robust run-rate in the month of June and are sticking with their 50% unit delivery guidance for 2022. This was a very important headline for investors, as with Tesla now on a run-rate to produce 40k cars per week, the company heads into 2023 on a 2 million run-rate. Margins during this ramp and the Berlin/Austin build-outs will be under some near-term pressure and should bounce back to normalized levels in 2023 with the Street laser focused on this dynamic,” Ives wrote.

“In a nutshell, the quarter was better than feared with healthy guidance for 2H by Musk & Co. that look achievable with no margin for error. Any speed bump in 2H around China will take the 50% growth number off the table which will be the big debate in the stock over the coming months starting this morning.”