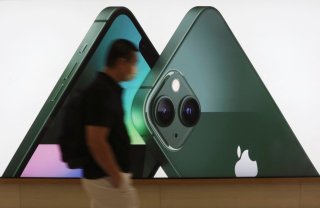 The smartphone market in North America dropped 6.4 percent year over year in the second quarter to 35.4 million according to research firm Canalys. The firm also reported that Apple posted a 3 percent year-over-year increase on the strength of “solid iPhone 13 demand combined with a full quarter's performance of its entry-level model, the iPhone SE.”

Apple was first in market share, followed by Samsung, Lenovo/Motorola, TCL, and Google.

“Following a rapidly recovered performance in 2021, the tide has turned in the North American smartphone market,” Canalys research analyst Runar Bjørhovde said in the company’s release.

“A combination of high inflation, decreasing consumer confidence, and an economic slowdown is shrinking demand in North America, which was previously the world's most resilient market. Vendors are responding quickly to falling demand and are focused on reducing the risk of oversupply as they prepare for new launches in the second half of 2022. Most top vendors matched their shipments from Q2 2021, and the volume decrease was caused by the gap LG left remaining partly unfulfilled,” Bjørhovde continued.

LG announced in 2021 that it was leaving the smartphone business.

“Consumer interest for low-end and high-end devices is sustaining the market, while the appetite for mid-range devices is vanishing fast,” Canalys research analyst Brian Lynch said in the release. “The performance of the iPhone SE (3rd Gen), Galaxy A53, and Galaxy A33 are poorer than initially expected. Decreasing purchasing power is forcing buyers who normally would consider devices costing between US$250 and US$600 to look for cheaper options as consumers continue to feel the financial pressure of inflation on everyday expenses.

Apple is expected to unveil the next-generation iPhone lineup, which will likely include the iPhone 14, at an event on September 7.