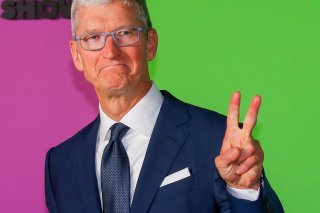 Ahead of the much-anticipated launch of the company’s next flagship smartphone, Apple is sitting on “significant” upgrade potential for the iPhone in China, according to a recent note by Morgan Stanley.

“In our view, this speaks to the significant iPhone upgrade potential in China, the largest in at least four years, and helps support our bullish call that iPhone shipment growth can meaningfully accelerate in FY21 (fiscal year 2021),” Morgan Stanley stated in the note.

The bullish sentiment stems largely from the fact that the Cupertino, California-based company’s next iPhone is expected to be able to connect to 5G networks and consumers will enjoy “improving affordability” due to a cheaper second-generation iPhone SE.

“5G will drive a three-year device upgrade cycle along with 5G-related benefits of opening new mobile use cases,” Gene Munster, of Loup Ventures, said in a note on Wednesday.

Daniel Ives, of Wedbush Securities, called the next iPhone a “once in a decade opportunity over the next twelve to eighteen months.”

“China remains a key ingredient in Apple’s recipe for success as we estimate roughly 20% of iPhone upgrades will be coming from this region over the coming year,” he said in a note.

“To this point we are seeing considerable strength from the China region over the last few months, a dynamic we expect to continue heading into the next six to nine months.”

On Wednesday, Apple, whose shares are up nearly 60% this year, become the first publicly traded U.S. company to reach a $2 trillion market capitalization. The milestone comes a little more than two years after Apple became the first $1 trillion company in August 2018.

It is now the most valuable publicly traded company in the world, ranking ahead of Saudi Aramco, Microsoft, and Amazon.

In its second-quarter earnings call, Apple announced that it had posted revenue of $59.7 billion, which was ahead of analyst expectations and represented an 11% gain from the same period the year prior.

The tech giant, while it no longer releases individual numbers for how much it sells of each product category in each quarter, brought in $26.42 billion in iPhone revenue and $13.16 billion in services revenue.