Coming Soon: Trade in Your Old Macbook at the Apple Store 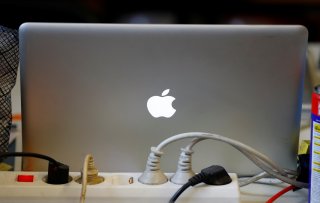 Just in time for the reopening of many of the nation's Apple Stores, Apple will soon launch a Mac trade-in program at those stores.

According to Bloomberg News, the program will be launched next week in the U.S. and Canada, with respective launch dates of June 15 and June 18. Customers, the report said, will now be able to "exchange a Mac for credit toward a new computer or apply the trade-in value to an Apple gift card."

Apple already accepted Mac trade-ins online, but not in its stores, where it does accept trade-ins for iPhones, iPads and Apple Watches.

The program will provide a draw for Apple customers to return to the company's retail stores, most of which were shuttered between March and May due to the coronavirus pandemic.

The company has begun reopening its stores in recent weeks, although some were closed again following vandalism and looting that sprung up in several different cities following the death of George Floyd, while others never reopened in the first place. After that looting took place, many who had stolen iPhones were greeted with messages both that their phones could not be activated, and that they were being tracked. Overall, more than 200 Apple Stores remain closed.

Also this week, it was reported, also by Bloomberg, that Apple will unveil Macs using its own chips, rather than those from Intel that it's utilized in Mac computers for the last several years. An official announcement of that change is expected at Apple’s annual World Wide Developers’ Conference (WWDC), which will take place virtually later this month.

Meanwhile, reports have differed on whether this year's iPhone lineup will be delayed, with the latest indications that some or all of the lineup will arrive around October. And Apple's market capitalization this week reached an all-time high of $1.5 trillion, less than two years after Apple became the world's first trillion-dollar company in August of 2018.