The U.S. Needs to Harness Big Tech to Compete With China 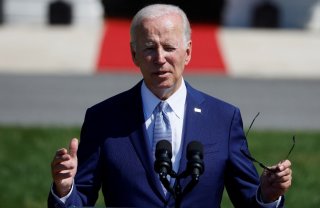 The People’s Republic of China (PRC) is the democratic world’s most significant strategic challenge and the United States’ pacing military competitor. Beijing has achieved this status primarily because of its growing economic power and enormous technological progress over the past half-century. China is seeking to build on this success by becoming dominant in a set of critical advanced technologies which, if successful, would give it economic, military, and even political dominance over the entire world. Countering this threat from China requires that the United States support and harness the creative energy and technical know-how of its successful Big Tech firms.

The Biden administration has made it clear that it views China as the most significant strategic competitor to the United States. China’s growing economic power provides leverage for furthering Beijing’s political and strategic initiatives. The interim National Security Strategy points out the uniqueness of the challenge posed by the PRC:

China, in particular, has rapidly become more assertive. It is the only competitor potentially capable of combining its economic, diplomatic, military, and technological power to mount a sustained challenge to a stable and open international system.

With respect to military power, China has undertaken an across-the-board quantitative and qualitative buildup. China has also demonstrated that it can compete with the United States in the deployment of advanced military systems, including hypersonic weapons and stealth aircraft.

This military buildup has led the Department of Defense to conclude that it must orient its national security planning and military modernization programs toward deterring Beijing. According to the National Defense Strategy fact sheet: “The Department will act urgently to sustain and strengthen deterrence, with the People’s Republic of China (PRC) as our most consequential strategic competitor and the pacing challenge for the Department.”

Beijing’s drive to achieve global strategic preeminence does not rest solely on its ability to match the United States in military power. Rather, China seeks to become the world’s leading superpower by dominating a set of advanced technologies including artificial intelligence (AI), machine learning (ML), quantum technology, 5G/6G communications, microelectronics, extended reality, cybersecurity, and the Internet of Things. These technologies are already changing the ways economies work, societies function, and militaries conduct operations.

A recent study by the Lexington Institute warned of the dire consequences that would result from a Chinese victory in the advanced technologies competition. In such a case, the world will look vastly different from the way it is today. China will dominate the global economy and other nations, including the United States, will have to go along with Beijing in order to have access to the products created by these innovative technologies. These same capabilities will provide the People’s Liberation Army (PLA) with an unassailable military advantage, undermining the United States’ ability to sustain deterrence and possibly leading to a U.S. withdrawal from the Indo-Pacific region.

Even more significantly, China’s victory in the competition over advanced technologies could fundamentally undermine Western political values and institutions. Beijing already uses its ability to control Chinese private companies to exploit applications such as TikTok as an avenue for pushing propaganda on unsuspecting users. China could use its technology dominance to impose its totalitarian values on the way the world communicates, operates, and governs itself.

China’s declared strategy is to become the world leader in advanced technologies by 2050 or sooner. China is already a “full spectrum competitor” in areas such as AI, ML, quantum sciences, 5/6G, and cybersecurity. Beijing seeks to move from competitor to leader in these areas. To that end, it is pouring billions of dollars into public research institutions and private companies, its so-called national champions.

The United States recognizes the importance of these technologies in providing continuing economic prosperity and future military advantages. In the Joint Warfighting Cloud Computing program, the Pentagon is planning to contract with major cloud providers, including Amazon, Microsoft, Google, and Oracle, to create an overarching joint information capability. The U.S. Army is proceeding with a program to acquire tens of thousands of Integrated Visual Augmentation System (IVAS) headsets built by a Microsoft-led team.

But unlike China, the United States is dependent on its commercial technology sector to provide the means for winning the military competition with China, as well as transforming the American economy to create the basis for tens of millions of new jobs. That sector forms a unique ecosystem in which a handful of so-called Big Tech companies play a leading role. These firms, such as Amazon, Microsoft, Apple, Alphabet, and Meta, have the combination of technical depth, breadth of activities, financial resources, and human talent to drive U.S. development of advanced technologies. They also provide the resource base for an untold number of innovative startups that seek to partner with or be bought by larger companies.

U.S. Big Tech companies currently dominate their Chinese rivals in terms of innovation. That could change, however, if the U.S. government undermines Big Tech’s competitive edge. Unfortunately, Congress is pursuing a number of legislative proposals under the rubric of antitrust reforms which would not only seriously constrain the operations of Big Tech companies but undermine the foundations of the advanced technology ecosystem. While U.S. companies would be hampered with respect to innovation, operations, investments, relationships, and the security of software and programs, Chinese companies would be free to operate in the United States and even take advantage of provisions in some of the proposed legislation to conduct espionage, engage in propaganda activities, and steal intellectual property.

The risks to this country’s economic well-being, military security, political freedom, and Western democratic values are too serious for Congress not to pause and consider the downsides of recent proposed antitrust legislation. Congress must reject the effort to hobble U.S. advanced tech firms and instead seek to harness their potential in the interest of U.S. national security and global stability.