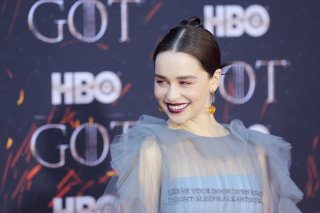 For as much as many fans hated the final season of Game of Thrones when it arrived last year, the show’s creators and showrunners, David Benioff and D.B. Weiss, have remained hot property in Hollywood.

Just over a year ago, in August of 2019, it was announced that the two creators had signed a $200 million deal to make TV shows and movies for Netflix. The streaming service had been part of what was described as a bidding war over who would land Benioff and Weiss. The deal meant that the two creators would have no involvement with the various Game of Thrones spinoff projects, nor with Confederate, a highly controversial HBO project announced back in 2017 and declared dead last year. And not long after the Netflix deal was announced, Benioff and Weiss announced that they were backing out of a previously announced Star Wars project to which they were attached.

In the year since, there hasn’t been much reported about exactly what Benioff and Weiss have planned with Netflix, except for the announcement in February that the duo will produce a Sandra Oh-starring series called “The Chair,” which will be run by actress Amanda Peet, who is married to Benioff. But now, we have the announcement of the first major series on Netflix that Benioff and Weiss will be running themselves.

Deadline reported that the two men are set as creators of The Three-Body Problem, a new sci-fi series. Like Game of Thrones, it’s a literary adaptation, based on a book trilogy of the same name, by Chinese author Liu Cixin. It’s described as “the story of humanity’s first contact with an alien civilization.”

Benioff and Weiss will write and executive produce along with Alexander Woo, while other executive producers include The Last Jedi and Knives Out director Rian Johnson and actress Rosamund Pike.

Benioff and Weiss, per Deadline, referred to the book series as “the most ambitious science-fiction series we’ve read, taking readers on a journey from the 1960s until the end of time, from life on our pale blue dot to the distant fringes of the universe. We look forward to spending the next years of our lives bringing this to life for audiences around the world.”

There’s no word yet on casting for the show, or about when we can expect to see it on Netflix. But it sounds like the sort of ambitious, high-effort project that Game of Thrones was at its best, during its run on HBO between 2012 and 2019.

The complete Game of Thrones series is coming to 4K Blu-ray in November.