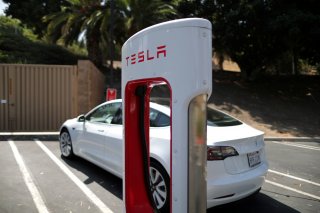 During the ongoing coronavirus pandemic, tech stocks have been among the top performers, with many companies surpassing all-time highs.

After a Goldman Sachs analyst hiked Amazon’s price target to $3,800 per share, the e-commerce company’s stock skyrocketed 7.93%. The analyst’s call ties it for the highest price target on Wall Street.

According to Goldman Sachs, Amazon is primed to benefit from “accelerating e-commerce growth” even during the COVID-19 pandemic.

Data from Mastercard shows that e-commerce expanded by 93% year-over-year in May, and according to Facteus, consumer spending on Amazon is up over 60% year-over-year since the end of April.

Goldman noted that its updated revenue-growth estimates “may prove too low”—hinting that there could be even more upside to the stock’s performance.

Elon Musk and Tesla also continued their remarkable run. The stock jumped 9.47% and added $26 billion to its market cap as investors prepare for the electric car company’s highly anticipated earnings report on Wednesday, which is the first full quarter that overlapped with the COVID-19 pandemic.

Kallo believes Tesla will produce a second-quarter profit, but if it fails to do so, it could be a highly negative catalyst for the stock. Registering a profit, though, would all but ensure Tesla’s inclusion in the all-important S&P 500, which would trigger index fund buying and likely further boost the stock price.

The massive gains helped push the tech-heavy Nasdaq Composite up 2.5%.