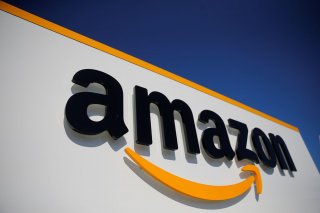 The four largest tech companies entered Tuesday with each worth more than $1 trillion—a hefty milestone that was last reached before the novel coronavirus began its rapid spread across the United States.

Alphabet, the parent company of Google, was able to re-enter the exclusive club when it settled at $1.02 trillion in market value at the close of trading on Monday.

Despite the pandemic, Google has witnessed an accelerating YouTube business and Cloud momentum—though overall ad revenues will take a hit this year. Moreover, the company recently decided to raise its YouTube TV’s monthly price by 30% to $64.99, up from the previous level of $49.99 and nearly double the $35 the service was priced at its initial rollout.

Apple ended the day with a market cap of $1.64 trillion, and Microsoft was just behind at $1.61 trillion.

At its annual Worldwide Developers Conference a couple of weeks ago, Apple said that it will replace Intel’s chips used in Mac laptops and desktop computers with its own processors.

“Apple sets itself apart from technology hardware peers by developing everything from components to hardware, software and services, which allows Apple to more tightly integrate world-class technologies into products that deliver superior performance and a premium user experience,” Morgan Stanley analyst Katy Huberty wrote in a note.

Amazon rocketed nearly six percent on the day to be valued at $1.52 trillion. The e-commerce giant has benefited greatly from months-long stay-at-home directives that have hurt most companies.

According to a recent U.S. online shopping survey by RBC, it found that the shift to online shopping “has accelerated materially” due to the coronavirus. RBC believes the surge will create a permanent shift in consumer behavior.

“Amazon-specific results clearly support the idea that Amazon is likely the best global play off of online retail,” RBC analysts wrote in a research note.

Amazon’s stock has been the strongest performer of the four, with shares up 61% year to date. Its shares also traded above $3,000 for the first time.

These four companies first reached the $1 trillion market cap in late January, before the markets plummeted due to the global pandemic.

It may be a while before a fifth company cracks the $1 trillion mark. Facebook is next in line at $685 billion, followed by Alibaba at $644 billion, Berkshire Hathaway $444 billion, Visa $421 billion and Johnson & Johnson $377 billion.