Top Analyst: Apple Will Stop Using Intel Chips in All Macs by 2021 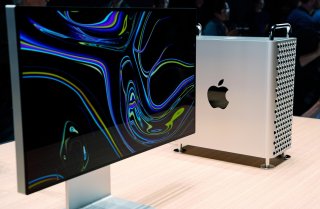 Apple is reportedly planning to move all of its Mac computers from Intel processors to its own Apple chips by 2021, according to a note by TF International Securities analyst Ming-Chi Kuo.

Apple eventually cutting ties with Intel has been expected for years, and this seismic shift will enable the tech giant to build its future computers without waiting for Intel to develop a new processor.

It will also likely help Apple stand out from its chief competitors in the cutthroat laptop market, such as Samsung, HP, Dell, Microsoft and others that rely on Intel chips. And if Apple can build a more powerful processor, new customers could be more willing to enter its ecosystem.

Apple owns about 10% of the overall PC market.

The Cupertino, California-based company has been using Intel chips to power its computers for well over a decade, but iPhones and iPads are currently powered by Apple’s A-Series Arm-based processors.

Apple is expected to announce its first Arm-based Mac at the Worldwide Developers Conference, according to Kuo. The first five models using the processors will likely include a 13-inch MacBook Pro and an iMac—with an “all-new form factor,” Kuo said in the note.

The analyst expects the first of Apple’s new computers to hit the market as soon as the fourth quarter this year.

“We expect that ARM Mac models outperform Intel Mac models by over 50%-100%,” Kuo said in the note.

One particular issue that Apple is still grappling with is how developers who have written apps only for the Mac will be able to transfer seamlessly over to the new chips.

Despite these potential hurdles, Kuo said “shipments and market share of MacBook will significantly grow, thanks to the adoption of the Apple processor” and the next-gen screen tech called mini-LED display.

The processor and screen together “will improve the user experience significantly,” Kuo added.

Tests of the new Macs with Arm-based chips have exhibited vast improvements compared to past Intel versions—mostly in graphics performance and apps tapping into artificial intelligence. They have also shown to be more power-efficient, which would help in building even thinner and lighter laptops.