You Can Now Buy Samsung QLED Laptops. Are They Worth Your Money? 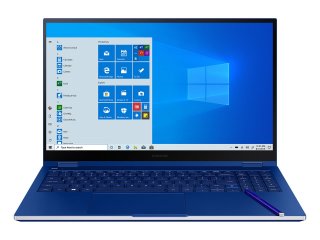 In hopes of riding the strong momentum of its QLED HDTV offerings, Samsung has now placed a huge bet on laptops that boast its much-vaunted QLED displays.

As for the Flex and Flex Alpha, these laptops are convertible two-in-one PCs. The Flex starts with a price tag of $1,350, and the Flex Alpha at $850 for models with 13.3-inch displays.

Keep in mind that the trackpad is unavailable to use if it’s charging a device wirelessly.

For an extra $50, you can purchase the 15.6-inch Flex, featuring 12GB of RAM but slightly less battery life. Both Flex sizes have Intel Core i7 processors, while the Flex Alpha utilizes an i5.

The Flex has two Thunderbolt 3 ports and one USB-C port, while the Flex Alpha comes with one USB-C and two USB 3.0 ports.

Meanwhile, the Flex Ion is being sold as a more conventional laptop with a faster i7 processor. The 13.3-inch model tips the scales at only 2.14 pounds, about half a pound lighter than the Flex and Flex Alpha.

Even without the touchscreen option, the Ion is still a bit pricy, starting at $1,200. It does, however, come with an HDMI port, as well as two USB 3.0 ports and one Thunderbolt 3-capable USB-C.

As the world’s biggest TV seller, Samsung is continuing to rely on its highly regarded display tech. While basically an LCD display with quantum dots, these QLED panels promise richer colors, deeper blacks and greater brightness.

Although QLEDs can’t compete with OLEDs in terms of black levels and wide-angle viewing, Samsung’s displays can get noticeably brighter, which would enhance viewing during daytime and in well-lit rooms.