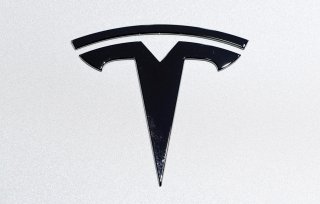 Thanks to a remarkable sales performance in June, Tesla might have delivered 90,000 to 100,000 vehicles in the second quarter, according to Credit Suisse analyst Dan Levy.

In a more detailed look at the second-quarter deliveries, Levy said the company sold 31,000 cars in China.

“Amid reports of a robust June, Tesla (second-quarter) deliveries may be in the range of 90,000 to 100,000 units, ahead of sell-side and buy-side consensus,” Levy wrote in a research report.

He added that a second-quarter profit no longer seemed to be a “radical idea.”

In the first quarter, Tesla delivered about 88,500 vehicles, a rise of 40% year-over-year but down 21% from the previous quarter.

The company manufactured about 14,000 more cars than it delivered in the first quarter—making a total of 102,672 vehicles.

At that time, Tesla CEO Elon Musk said the company’s near-term profit guidance was “on hold,” further dampening hopes that it may achieve its first full year of profitability.

Tesla needs to post earnings of at least $1.41 a share in the second quarter to qualify for inclusion in the S&P 500 index, which could give yet another boost to Tesla’s rocketing shares.

Today, Tesla’s shares are priced at about $1,080—that’s well over a 4,000% return since the close of its first day as a public company a decade ago. Even during this ongoing coronavirus pandemic, shares are up more than 140% this year.

Tesla’s $200 billion market cap would place it among the top thirty stocks in the S&P 500. It would also rank about seventeenth in the Dow.

On Monday, Musk sent out one of his motivational emails to all employees at his electric vehicle company. In the email, he urged workers to “go all out” with vehicle production and deliveries and told them that “breaking even is looking super tight.”

Tesla is expected to report its second quarter vehicle production and deliveries numbers this week, before the 4th of July weekend.