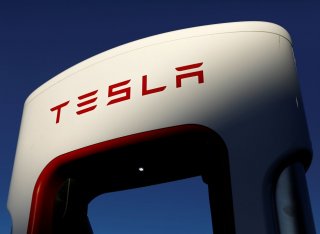 You surely deserve a pat on the back if you stuck with Tesla’s stock through thick and thin over the past ten years.

It indeed has been a roller-coaster ride, but know that if you’re still hanging tight to your seat, you’re enjoying an eye-popping 4,000-plus percent return on your investment.

A decade ago, when Tesla went public, the electric carmaker’s shares were priced at only $17—though higher than its expected range of $14 to $16. For its IPO, CEO Elon Musk and the company were able to raise about $226 million, and shares did surge that day about 40% to close at $23.89.

Today, Tesla’s shares are priced at about $1,050—that’s well over a 4,000% return since the close of its first day as a public company. Even during this ongoing coronavirus pandemic, shares are up more than 140% this year.

Along with Netflix, that type of stock performance puts Tesla in rare company, as it has outperformed other tech giants like Amazon and Apple. However, it is worth noting that Netflix was the best-performing stock on the S&P 500 during the 2010s—rocketing 4,181% between January 2010 and December 2019.

It hasn’t been, though, a smooth ride to the top for Tesla’s stock. For example, in the summer of 2018, Tesla’s stock plummeted 30% when Musk tweeted that he had “funding secured” to take the company private.

The U.S. Securities and Exchange Commission eventually accused Musk of misleading the public. To settle the suit, both Musk individually and Tesla as a company paid $20 million fines.

Since the beginning of this year, however, Tesla’s stock has been stuck in rally mode. The company was able start production lines in its factory in Shanghai and began manufacturing the Model Y at its original U.S. car plant in Fremont, California. Tesla has also promised to deliver an electric semi-truck called the Semi and electric pickup truck known as the Cybertruck.

Tesla’s has been at the forefront of burgeoning self-driving technology as well. All new Tesla cars come standard with advanced hardware capable of providing autopilot features today, and complete self-driving capabilities in the future via software updates designed to improve functionality over time.

Since going public, Tesla has never achieved a full year of profitability, but the company still has its sights set on joining the S&P 500. In order to gain inclusion in the index, a company must showcase a minimum of four consecutive quarters of profitability, among other requirements.