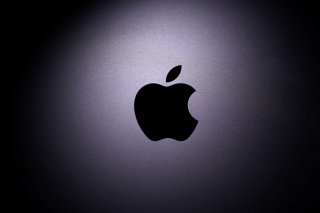 It appears that the $1 trillion market cap was just a passing bump on the road.

Apple, a day after its well-received product and software announcements at the Worldwide Developers Conference, was on the receiving end of bullish price target boosts from several analysts.

A few of them even raised their targets as high as $400 a share, which is about 10% higher than Apple’s current stock price. With the stock price hovering around the $370 range, the stock has enjoyed a year-to-date surge of about 25%.

Moreover, the Cupertino, California-based company’s market cap now sits at about $1.6 trillion. If Apple’s shares can tack on another 20%, the company will be able to reach a market valuation of $2 trillion.

The stock price needs to hit $461.89 to enter that promised land.

Cowen’s Krish Sankar is one such analyst who is highly bullish on Apple’s future prospects. He believes one of the chief drivers in the upward momentum will come from the 5G device cycle, which seems to be largely immune from the global economic and health-related headwinds.

“We are raising our iPhone shipment forecasts based on our latest field work and revising our price-to-earnings valuation multiples for the iPhone business ahead of the 5G upgrade cycle, and for the services segment on expanding recurring revs and peer multiples,” Sankar, who raised his price target to $400 a share from $335, wrote in a note.

Apple is currently the most valuable company in the U.S., and it is also the second-best performer in the Dow this year, trailing only archrival Microsoft, which has risen nearly 30% and is now worth about $1.5 trillion.

The company also revealed that its future Mac laptops and desktops will be powered by Apple silicon, completing its move away from Intel chips. Apple had been using Intel chips ever since Steve Jobs announced a switch from PowerPC chips in 2005.