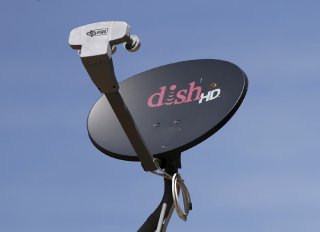 As the old saying goes, “If it ain’t broke, don’t fix it.” Apparently, this must be the line of thought for the subscribers who have stuck with Dish Network over the years.

Yes, as we all know, Dish, much like DirecTV, is suffering from well-documented massive subscriber losses, like Netflix and the gang have given countless gut-punch blows to both satellite and legacy cable TV providers in recent years.

So, why not follow the millions who have already cut the cord? Well, here are five reasons why some subscribers aren’t dumping Dish.

The first reason is that Dish does have a pretty great channel lineup. Even in the lowest-tier package of $60, you’re getting about 190 channels, and the top package at $95 will give you access to roughly 300 channels.

As you would expect, the more prestigious channels, such as NBA TV and Bloomberg, are part of the higher-tier packages. But even if you settle for the 190-channel deal, you’ll get some nice channel options like CNN, Disney, and Food Network.

Next up is staying with the channel lineup, but this has to do with sports. If you can’t live without great sports content, then you should shell out $75 a month, a step above the lowest package. This will give you access to the NFL Network and various NCAA conference-focused channels, such as the SEC, Big Ten, and Pac-12.

No. 3 on the list is those once-hated contracts. Dish’s agreements are still two years in length, but they’ve taken action to do away with those surprise price hikes after the first 12 months. So, once you sign on the dotted line, the price you see will be good for the next two years. Perhaps this change is something that DirecTV could learn from. Keep in mind that you’re still on the hook for early-termination fees if you decide to cancel the contract.

Another reason not to run for the hills is that you’ll get to play around with the Hopper 3, which is considered one of the top DVRs on the market right now. It boasts enough storage for 500 recording hours, and you’ll be able to record 16 different shows simultaneously for that added convenience.

Lastly, there should be kudos for Dish’s Anywhere app, which enables you to seamlessly watch TV on your laptop, smartphone, or tablet. This is indeed an excellent solution for people who want to catch the big game but are out and about, and you don’t have to fiddle around with the individual apps from broadcast channels. One of the app’s coolest features lets you watch recorded content offline.

Ethen Kim Lieser is a Tech Editor who has held posts at Google, The Korea Herald, Lincoln Journal Star, AsianWeek, and Arirang TV. He currently resides in Minneapolis.