Aliens Are Out There But Still Pretty Rare, Study Says 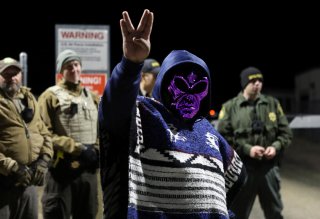 More than ever before, it’s indeed not a far-fetched idea to think that we are not alone in the Milky Way galaxy.

Now, according to scientists from the University of Nottingham, there may be dozens of alien civilizations lurking not too far from our home planet. Perhaps some may even be advanced enough to communicate with us.

Dozens may sound like a lot, but know that our galaxy, which is about one hundred thousand light-years across, sports an estimated several hundred billion stars. From that figure, this particular study, recently published in The Astrophysical Journal, suggests that there could be as few as thirty-six alien societies—a very tiny number.

The researchers believe that the number they settled on is pretty conservative, as it is based on the assumption that intelligent life forms on other planets in a similar way to how it does here on Earth.

The study also noted that Earth is not that special. They assumed that if an Earth-like planet formed in the habitable zone around a sun-like star, it would take about four or five billion years for a civilization to be tech-savvy enough to send out signals, such as radio transmissions from satellites and televisions, into space.

“There should be at least a few dozen active civilizations in our galaxy under the assumption that it takes 5 billion years for intelligent life to form on other planets, as on Earth,” lead researcher Christopher Conselice said in a press statement.

“The idea is looking at evolution, but on a cosmic scale.”

However, since these alien civilizations are likely thousands of light-years away, actually seeing them firsthand will be a huge challenge.

That doesn’t mean that we should stop trying, the scientists said. The search for extraterrestrial intelligent life could offer important insights into how long our own civilization can survive.

“If we find that intelligent life is common then this would reveal that our civilization could exist for much longer than a few hundred years, alternatively if we find that there are no active civilizations in our galaxy it is a bad sign for our own long-term existence,” Conselice said.

“By searching for extraterrestrial intelligent life—even if we find nothing—we are discovering our own future and fate.”

Previous calculations that delved into the possibility of alien life were based on the Drake equation, put forth by astronomer and astrophysicist Frank Drake in 1961. According to his best estimates, the number of intelligent civilizations in the Milky Way is between one thousand and one hundred million.