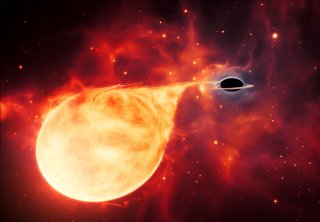 One of China’s leading scientists has confirmed that the nation will be searching for extraterrestrial life as soon as September, according to the state-run news outlet Science and Technology Daily.

The project’s chief scientist Zhang Tongjie, an astronomer at Beijing Normal University, mentioned that there are a number of “interesting” narrowband signals that could hint at the presence of extraterrestrial life. Generally, such distinctive radio signals come from pulsars or fast radio bursts.

Zhang added that the search for aliens will not interfere with the regular scientific observations that the team is currently focused on.

The Chinese team will tap into the next-gen capabilities of the world’s largest single-aperture radio telescope—the Five-hundred-meter Aperture Spherical Telescope (FAST)—which is now dedicated to the search for extraterrestrials and potentially habitable alien planets.

Located in Guizhou, China, FAST possesses the hardware to scan twice the sky area covered by the Arecibo Observatory in Puerto Rico, the previous record-holder for the world’s biggest single-aperture radio telescope.

FAST, which first became operational in January, will also be able to deliver readings between three and five times more sensitive than those from the Arecibo Observatory. It is precisely this never-before-seen level of technology that has many scientists excited about the prospect of a breakthrough in finding extraterrestrial life in the universe.

The observatory’s mammoth size means that it can detect extremely faint radio-wave whispers from many sources across the vast universe. They include the spinning cores of dead stars—known as pulsars—and hydrogen in faraway galaxies.

The telescope will also explore a new frontier in radio astronomy—using radio waves to pinpoint exoplanets that could harbor extraterrestrial life. During the testing phase, FAST was able to discover more than 100 pulsars.

In addition to searching for alien life, the telescope will also gather important data for the study of black holes and distant galaxies.

The construction of FAST telescope, which was first proposed by the Chinese government in 1994, started in 2011 and was completed in 2016, at a total cost of $269 million. It boasts a diameter of 500 meters, although it only focuses on a 300-meter segment of the receiver at any given moment.

The U.S. Military’s UFO Program: Everything We Know (So Far)