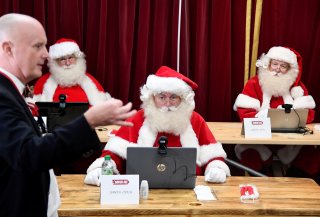 There may be a resurgent coronavirus pandemic that’s likely to keep Americans home for much of this winter. But that doesn’t mean they won’t be shopping for the holiday season—and when they do, tech products will be a big part of the mix.

The Consumer Technology Association (CTA) this week released its 2020 Pre-Black Friday Week Survey, and it found that 86 percent of those surveyed plan to buy “tech devices, accessories and/or streaming services” during what’s described as “Black Friday Week.”

The press release was first published on CEOutlook.com.

CTA, in its annual holiday forecast released last month, expects overall spending on technology products and services to reach $135 billion in the United States, a 10 percent increase over last year.

This holiday season features new gaming consoles from Sony and Microsoft, as well as new iPhones that were released in October and November, much closer to the holiday season than usual.

“Black Friday Week” references Black Friday itself, the weekend afterward, and the subsequent “Cyber Monday.” Many retailers are beginning holiday shopping early this year, and Amazon held its annual Prime Day in mid-October when it had previously always taken place in the summer. Most of those changes had to do with the pandemic and its effect on supply chains. The CTA survey also found that more customers than usual plan to do their holiday shopping in November rather than December.

And despite all of the restrictions in place, 97 percent of those surveyed plan to shop in brick-and-mortar stores on Black Friday Week, while 86 percent plan to use their mobile devices. Just over half, 51 percent, of those surveyed play to use voice assistants to shop.

A mid-October survey by Episerver had found that just over half of U.S. shoppers planned to buy either most or all of their holiday gifts on Amazon and that 83 percent planned to use their mobile phones in doing so.

“Technology has been critical to how we’ve gotten through the pandemic so far, and we’ll see that reflected during the holiday shopping season, too,”  Lesley Rohrbaugh, director, research, CTA, said in the announcement.

“This season, we’ll see a few unique themes emerge as a result of the pandemic – an earlier shopping period pulled forward into November, an impressive season for buying tech gifts including smartphones and streaming services, and more shoppers than ever using mobile devices to help shop remotely.”