Bye, Bye Bixby? Samsung in Talks to Give Its Phones' Search Control Over to Google Assistant 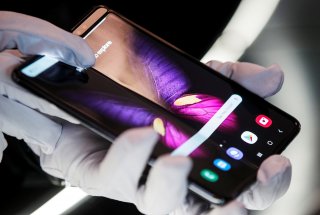 Bixby, the virtual assistant on Samsung phones and other devices, is far from a popular feature, and hasn’t been since it was introduced as part of the Samsung Galaxy S8 and S8+ in 2017.

Users on social media have complained about Bixby being too prominent and getting in users’ way, especially on some models in which the “Bixby Button” is way too close to the volume button, leading to lots of accidental clicks.

Now, a new report says that Bixby haters might be getting their wish.

Bloomberg News reported Wednesday that Samsung and Alphabet’s Google are “negotiating a major deal that would give Google products more prominence” on Samsung smartphones.

Bloomberg has seen correspondence related to the potential deal. The theoretical agreement would give Google “more control” over search on Samsung devices, and also “would mean the Korean company’s own mobile services, such as the Bixby digital assistant.” It’s not clear if Bixby would go away completely, or merely become less prominent, under the terms of such a deal.

“Samsung remains committed to our own ecosystem and services,” a Samsung spokesperson told Bloomberg. “At the same time, Samsung closely works with Google and other partners to offer the best mobile experiences for our users.”

Most Samsung smartphones use Android, the Google-developed operating system, and such a deal increases Google’s integration into the devices. The deal would also come amid reports of antitrust investigations into Google, both at the federal and state levels, and as CEO Sundar Pichai is set to testify before Congress on Wednesday.

Samsung will hold an Unpacked event next month, where the company is expected to unveil the Galaxy Note 20 and four other products, which are seen as the Galaxy Fold, the Galaxy Tab S7, the Galaxy Watch 3 and Galaxy Buds Live.