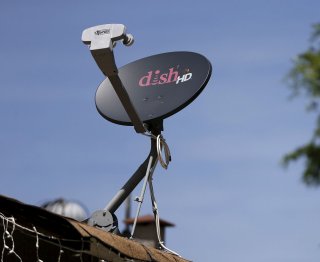 Dish Network announced earnings for the second quarter on Friday morning, and the company once again lost subscribers on both its core satellite pay TV service and its Sling TV vMVPD.

In the first quarter, Dish lost 413,000 video subscribers across both platforms, as coronavirus caused cord-cutting trends to escalate. It was part of the estimated 1.8 million customers who got rid of cable during the first quarter of this year, a new record.

The company did share that it paused service or provided rate relief to about 250,000 commercial accounts as of the end of March, and that it resumed normal service for 45,000 of those accounts during the second quarter.

The news wasn’t all bad for the company, however, as Dish posted a profit of $452 million, up from $317 million the same quarter the year before. Revenue was $3.19 billion, slightly less than the previous-year quarter but still ahead of analyst estimates, Marketwatch said.

In the quarter, Dish completed its acquisition of Boost Mobile, which grew out of the T-Mobile/Sprint merger, and represents a pivot for the company into 5G service. Dish also replaced Sling TV’s president, back in early June.

Reports earlier this year had DirecTV and Dish once again exploring a merger, possibly with both companies being spun off by their current owners into a separate or new entity. The two companies have come close to merging on numerous occasions over the years. Dish’s CEO even said in February that such a merger was “inevitable,” but no such deal has happened as of yet.

In July, Dish was criticized for bringing employees back to its offices in several U.S. cities, amid the coronavirus.