Get Your QCard Ready: QVC Has Launched on YouTube TV 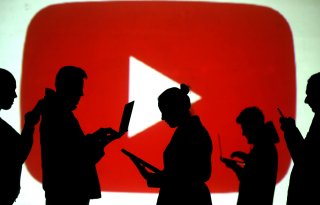 YouTube TV, like many offerings in the vMVPD (virtual multichannel video programming distributors.) category like Hulu + Live TV and Sling TV, has emerged as something of a happy medium for those not ready to completely cut the cord from cable, but don’t want to pay the full freight for a cable subscription anymore. And while the category has continued to grow, some downsides have emerged for those who subscribe to such services, from rising prices to carriage disputes causing channels to disappear.

But now, YouTube TV has added a new channel that it had previously been missing: QVC.

The companies announced Tuesday that the popular home shopping channel has been added to YouTube TV, becoming the only channel of its kind available on the service.

The deal, according to a press release, is part of an “an extended collaboration on the broader YouTube platforms.” The financial terms of the transaction were not disclosed by the companies.

“We’re confident that YouTube TV will bring new customers to QVC, while existing customers who are already on YouTube TV will be excited to see us there. We’re determined to meet passionate shoppers everywhere they are engaging with video.”

Since the start of the pandemic, QVC and its sister company, HSN, have seen a resurgence in popularity, with viewership jumping ten percent between March and May of 2020, with the company’s third-quarter revenue jumping $3.4 billion in the third quarter, a 10 percent increase over the same period the year before.

The addition of QVC represents a value-add for YouTube TV, which last September lost the regional sports networks formerly known as Fox Sports, but soon to be rebranded as Bally’s Sports. That was especially a blow for YouTube TV because regional sports are a major factor that has kept users from dropping cable. Also, sports fans would be less likely to choose YouTube TV without the option of sports.

YouTube TV did, however, reach a deal to add several channels from ViacomCBS in May, bringing them on board last summer. MTV, Nickelodeon, Comedy Central and Paramount Network had been unavailable on YouTube since the service first launched.

That preceded the announcement, in June, that YouTube TV was instituting a 30 percent price hike, bringing the service’s monthly price tag to $64.99. However, some of YouTube TV’s rivals, including Hulu + Live TV, have also announced price hikes in the months since.