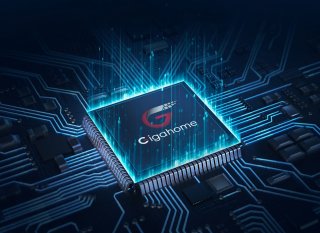 Perhaps even the already-vaunted Wi-Fi 6 technology is primed for an upgrade.

Huawei’s AX3 Pro Wi-Fi 6+ router was recently unveiled at a virtual press conference in Barcelona and it did not disappoint. The AX3 Pro is already retailing on popular sites like eBay for the bargain-bin price of about $70, not including shipping.

This particular Huawei offering comes with a Kirin 650 quad-core chip and it supports 160 MHz frequency bandwidth. It reaches notable theoretical speeds of 3,000 Mbps and boasts two amplifiers each for the 2.4 GHz and 5 GHz bands.

However, despite the added plus sign to the end of “Wi-Fi 6,” not everyone came out impressed by Huawei’s new offering. Despite boasting about the Wi-Fi 6+ technology, during the virtual press conference, the company did not really disclose how it is better and faster than other Wi-Fi 6 routers currently on the market.

Huawei even claimed that it was the most powerful router in the world. The router’s specs say it can achieve 3,000 Mbps, but both the TP-Link Archer AX11000 and the Netgear RAX120 have theoretical maximum speeds of over 4,000 Mbps.

Amid rolling rout these next-gen products, Huawei continues to maneuver past hurdles set up by the U.S. The Trump administration has blacklisted the company in its access to 5G and any related hardware and software, but the U.S. seemingly can’t do anything about Huawei’s foray into Wi-Fi 6.

That’s because once a device is deployed in Wi-Fi, it apparently can’t be forcibly recalled due to security reasons. You really don’t have to look hard, either, as you can find Huawei routers for purchase on Amazon and Walmart.

Despite its lack of local access into 5G, Huawei is still flexing its muscles in next-gen Wi-Fi 6, also known as 802.11ax, which only came out last year. The company indeed has its sights set on becoming the go-to router in this exciting tech and the brand of choice for millions of connected Americans.

Compared to Wi-Fi 5, this new tech provides more speed, lower latency and increased device density. In fact, if you’re using a Wi-Fi router with only a single device, the maximum potential speeds should reach 40 percent higher with Wi-Fi 6, which is able to accomplish this via more efficient data encoding, which results in higher throughput.