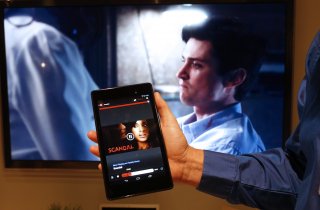 A few months ago, Google ran a promotion in which they offered free Chromecast with Google TV devices to new subscribers to Google TV. Now, the offer has been expanded to all existing YouTube TV customers.

According to 9to5 Google, the promotion arrived as an email to its customers that went out on Thursday afternoon.

The offer is good for customers who have had YouTube TV since mid-2018.

All of the concerned products—Google TV, Chromecast, and YouTube TV-are offered by Google.

Google also announced at the time that the former the video-on-demand interface, formerly known as the Google Play Movies & TV store, would now be known as Google TV. Google had used that name for a very early version of its smart TV interface, all the way back in 2010, which it later changed to Android TV. Adding to the confusion, Google has hinted that it’s moving towards using the Google TV name again for what’s now Android TV.

YouTube TV, meanwhile, is the company’s vMVPD product. Directed at cord-cutters, the service had three million subscribers as of the end of the third quarter.

However, questions have been raised about the viability of the vMVPD model, with upward pressure from programming rights holders have led to both price increases and the frequent loss of channels. YouTube TV, which announced a 30 percent price hike in the summer, announced in September that it had lost access to the Fox Sports regional sports networks, which are owned by Sinclair Broadcast Group and will soon be rebranded with the name Bally’s.

One major reason that customers who are getting rid of cable opt for vMVPDs instead of going streaming service-only is that it’s very difficult to cut the cord and still follow local sports. The loss of such channels, therefore, creates a problem for such customers.

“YTTV FINALLY doing something for long time customers instead of just trying to lure in new ones!!!,” one user on the YouTube TV subreddit said about the offer. "Bout times!! Thank you. It is appreciated.”