Report: 80 Percent of U.S. Households Have at Least One Internet Connected TV 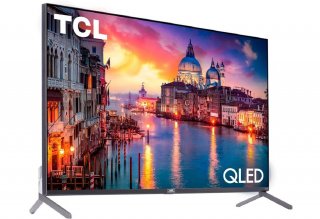 New research from Leichtman Research Group, Inc. finds that connected TV device adoption has reached an unprecedented high. The study examined the responses of 2,000 TV households in the U.S., as part of Leichtman's annual study, "Connected and 4K TVs 2020."

According to the group, 80 percent of TV-owning households in the U.S. have at least one Internet-connected TV device. That category includes a combination of connected Smart TVs, stand-alone streaming devices, gaming consoles and connected Blu-ray players. The 80 percent number is increasing from 74 percent in 2018, 57 percent in 2015, and just 24 percent ten years ago, in 2010.

The survey also found that 40 percent of adults watch connected TV daily - compared to just 1 percent a decade ago.

“The data in this study indicate that there are now nearly 400 million connected TV devices in U.S. TV households.  This is an increase from about 250 million connected TV devices in 2016.  And these totals do not even include pay-TV set-top boxes that can be used to access content from the Internet,” Bruce Leichtman, president and principal analyst for Leichtman Research Group, Inc., said in a statement.

“Along with this increase in the number of devices, the percent of adults in the U.S. using these connected devices to watch video on a TV each day has more than doubled—growing from nineteen to forty percent—in just the past four years.”

Among other findings of the survey, 64 percent of those with connected TV devices have three or more, while 58 percent of U.S. TV households have at least one connected smart TV, a number that was only 47 percent in 2018.

Meanwhile, Nielsen found in numbers released earlier this month that time spent watching connected TVs jumped by one billion hours in the opening months of the coronavirus pandemic.

Leichtman Research Group is the same firm that, earlier this spring, released numbers about how cord-cutting trends cost cable and other pay-TV companies more than 1.8 million subscribers in the first quarter of the year, and also that Internet subscriptions are rising in that sector.