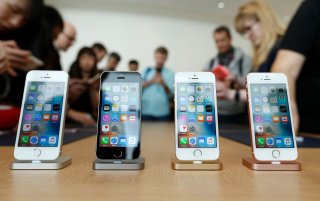 The amount of shipments of smartphone OLED screens plunged in the second quarter to eight-even million, representing a 16% year-over-year drop and a 13.4% decrease from the previous quarter.

“This is because sales of OLED set devices decreased due to the aftermath of COVID-19,” the report said. The report also found that OLED-based smartphones were more affected by the coronavirus pandemic than the overall smartphone market was.

UBI Research added in the report that “due to the influence of Apple,” Chinese manufacturers will be using OLED for their flagship models, while also using names like “Plus” and “Max.” In addition, “Chinese display makers have improved OLED manufacturing technology, allowing them to produce panels similar to Samsung Display’s OLED.” Moreover, due to the Chinese government’s subsidy policies, Chinese manufactures are able to supply OLED panels at low prices.

Samsung Display Co., as of IHS Markit data released back in the spring, continues to hold a dominant position in the global smartphone OLED market, with 81.2%, although its lead is shrinking. Its Korean rival, LG Display, had 10.8% of that market as of the end of last year. In addition, per The Korea Herald, LG Display sold more mobile OLED panels than TV panels for the first time in the fourth quarter.

Apple is expected to unveil four new iPhone models this fall, all of which will have OLED panels, and the company has sourced them from both Samsung Display and LG Display. One report this summer had Apple ordering twenty million of the panels just from LG Display. This marks five times as many panels as Apple ordered from the company last year, the first time LG Display had supplied panel for the iPhone.

Another supplier, the Chinese firm BOE, had originally been part of the supplier mix for this year’s iPhones, but its panels fell short on tests, according to multiple media reports. Apple also reportedly paid Samsung a penalty, to the tune of $950 million, after it purchased fewer OLED panels than what was required by their agreement.

Apple has indicated that the new iPhones will arrive in October, due to a slight delay.