Would the GOP Trade Confederate General Basing Names for a Repeal of Section 230? 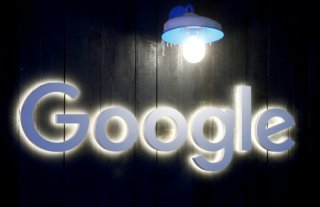 Section 230, the section of the 1996 Communications Decency Act that shields Internet companies from liability from things users post on them, was relatively obscure until this year. Among those who follow Internet issues, Section 230 has been called “the Internet’s First Amendment,” but among others, it was not generally known until recently.

In 2020, it has emerged as a talking point that Section 230 is part of Big Tech’s “censorship” of political conservatives and others, due to content moderation practices by Facebook, Twitter and other platforms. Tech CEOs have been brought before Congress multiple times to answer for their practices, while President Donald Trump has tweeted on many occasions that Section 230 should be repealed altogether. Elected officials of both parties, meanwhile, have called for reforms of the statute.

And now, strangely, Section 230 has come up in negotiations over the National Defense Authorization Act, the annual bill that sets spending levels for the military.

Per The New York Times, White House Chief of Staff Mark Meadows said in recent negotiations with Congress that the Democratic proposal to rename military bases named for Confederate leaders might be accepted, if the Democrats agreed in turn to repeal Section 230.

Another report, by The Hill, confirmed the talks between Meadows and Rep. Adam Smith of Washington, the chairman of the House Armed Services Committee, and also quoted a Congressional aide as stating that it’s “highly unlikely this offer will gain any traction.”

“On its face, there’s issues of jurisdiction, lack of clarity on what the White House actually means when it says repeal Sec. 230, and also it’s unclear if congressional Republicans support this,” the aide added, per The Hill.

Internet efforts scoffed at the talk.

“Um. So the deal is ‘we'll let you rename confederate-named bases if you destroy free speech on the internet,’” Mike Masnick, editor of the website Techdirt, wrote on Twitter. “This is the dumbest thing I've ever seen.”

“Trump's chief of staff is suggesting that lawmakers ram through a repeal of the most important law protecting online free speech––in a last minute must-pass Military spending bill,” Evan Greer, deputy director of Fight For the Future, said in an email to The National Interest.

“It’s hard to imagine a more outrageous proposal. Ironically, repealing Section 230 would lead to *more* censorship of Trump and his sycophants. It's just absurd that lawmakers would even consider blowing up the Internet to appease a bigoted wannabe autocrat on his way out the door. Congress should reject this nonsense from the White House and take real action to address the harms of Big Tech instead of continuing to feed moral panic and disingenuous handwringing around Section 230.”

The Trump administration, in its waning months, has launched a multi-pronged attack on Section 230, pursuing regulatory methods through the FCC, which has included the nomination of Nathan Simington, described as a “social media bias hawk,” to that commission. The president also issued an executive order earlier this year meant to crack down on bias by the tech firms, and legislation has also been introduced.

However, unless such a Congressional deal were to be struck, it would appear unlikely any of those Section 230 changes would come to fruition prior to the end of Trump’s term, and that the bitter wars over Section 230 will probably continue into the Biden presidency.