This Year’s iPhones Won’t Come With Earbuds or a Charger, Analyst Says 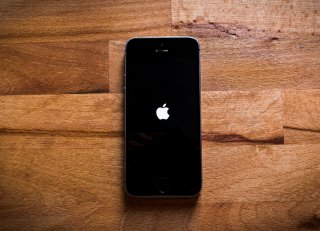 If one of the leading Apple analysts is to be believed, those purchasing this year’s iPhones won’t get a couple of the benefits that they’re used to getting when they buy one of the devices.

A research note published Sunday by Ming-Chi Kuo of TF Securities, and reported on by CNBC and elsewhere in the business press stated that Apple will not be including either earbud headphones or a power adapter with this year’s iPhones. Kuo also used the name “iPhone 12” in the report, although it’s not clear that’s the name Apple will use.

Kuo had said last month that the earphones were probably not going to be offered in the box. Analysts with Barclays, last week, had reached a similar conclusion about the lack of earbuds or a charger, according to MacRumors.

The move is seen as an effort to cut costs, as the addition of 5G capability is expected to make this year’s iPhones more expensive than previous editions have been. It will also, in theory, encourage users to make separate purchases of those items, or choosing the more expensive AirPods. A new 20W power adapter is also expected to be offered separately, per Kuo’s note.

The report by Kuo also predicted that Apple will release a new iPhone SE in 2021, also without headphones or a charger. Apple released an iPhone SE this spring, the first update to that lower-cost iPhone in four years.

Kuo and other analysts have been putting out predictions about what we’re likely to see in this year’s iPhones, and also about the likely timing for their arrival.

Consensus seems to show that Apple will put out four new iPhones this year, at least some of which will have 5G capability, in a first for Apple. There were concerns earlier this year that coronavirus’ effect on the supply chain in Asia would cause a delay in the iPhone, although most analysts now predict the phones will arrive somewhere in the late September/early October time frame.

We do know that the iPhone will feature the debut of iOS 14, which was introduced last week’s at the company’s “virtual” World Wide Developers’ Conference. Also at the event, Apple officially announced that, in its Mac computers, it will switch from Intel chips to what it calls “Apple Silicon.”