After Afghanistan: Israel Will Bear a Greater Burden for Upholding Stability 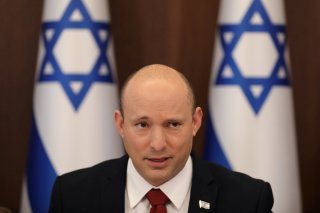 ​Leaving Afghanistan is just one element of President Joe Biden’s larger plan to extricate America from Middle East conflicts. But the hell-or-high-water withdrawal threatens to undermine the administration’s other regional goals by giving Iran and its new hardline president a bright green light to escalate tensions on the ground and in the nuclear arena.

The United States now stands at a crossroads. It can continue seeking the seemingly easy way out, further reducing its regional commitments and jumping back into the Joint Comprehensive Plan of Action (JCPOA) nuclear deal, at the much larger costs of damaging remaining U.S. credibility and, ironically, raising the risks of major conflict. Or it can work with regional allies to strengthen deterrence and viable alternatives to the nuclear deal, beginning with Israeli prime minister Naftali Bennett’s visit, which was delayed following an attack on U.S. troops at Hamid Karzai International Airport.

Like his two predecessors, Biden telegraphed his intention to wash America’s hands of Middle Eastern quagmires. As a candidate, he pledged to depart Afghanistan and Iraq while resuming nuclear diplomacy with Tehran. Reentering the JCPOA and putting Iran’s nuclear program “in a box,” as National Security Adviser Jake Sullivan said in January, would complement drawdowns by making it possible to “manage the Iranian challenge with fewer forces in the region.”

The other side gets a vote, however. Even before the Afghanistan denouement, Tehran evinced little interest in meeting Biden remotely halfway. It replied to unilateral White House confidence-building measures—for instance, removing terrorism designations on Iran’s Houthi proxy in Yemen and rescinding Trump-era UN “snapback” sanctions—by increasing attacks on U.S. and allied forces, accelerating enrichment activities, and hewing to maximalist demands at negotiations in Vienna. In June, Iranian officials betrayed a growing sense of impunity by provocatively suggesting they were approaching the threshold of nuclear capability.

Now the human, strategic and reputational costs of the Afghanistan pullout reinforce Tehran’s impression that the United States wants out of the Middle East in the worst way, and that therefore it is willing to get out in the worst way.

Iran prefers to push on open doors, and with U.S. policy apparently coming completely unhinged and caught off-guard by the Taliban’s rapid gains, Tehran will dial up pressure on Washington to concede the broader region and the nuclear issue as quickly and recklessly as it departed Afghanistan. After seeing America abandon its Afghan partners, Iran also feels emboldened to go after U.S. partners more aggressively. This will come naturally to the new Raisi administration, whose appointment of hardliners to the JCPOA file and close ties with the Islamic Revolutionary Guard Corps imply an even more forceful and uncompromising approach than its predecessor.

Especially after the chaos of exiting Afghanistan, the deceptive appeal of trying to box up these other Middle East headaches may grow, even as doing so becomes more counterproductive.

At this point, any nuclear deal would trade limited rollback of Iran’s enrichment advances for extensive sanctions relief which, as in 2015, Tehran would plow into regional interventions and arms buildups. Such lopsided diplomacy also would underscore that pressure works against the United States and that Washington will override its allies’ abiding security concerns. Further attempts at conciliating Tehran by reducing U.S. commitments to regional stability only would reinforce this message, as would continuing to fail to address Iran’s coercive rocket and drone campaign against the United States and other targets.

None of these outcomes will moderate Tehran’s destabilizing ambitions or the ensuing risks of regional conflict, which likely would draw U.S. forces back in under far less favorable circumstances. Fortunately, the Biden administration can preempt and counterbalance key consequences of the Afghanistan debacle by doubling down on another core element of its Middle East policy.

The meeting with Bennett, which was pushed back to Friday, was a timely opportunity to amplify the president’s well-established robust support for Israel’s self-defense, especially in the context of their summit discussing JCPOA alternatives. Ensuring Israel has adequate precision-guided munitions, aerial refueling tankers and other critical capabilities is equally important.

Indeed, Israel’s freedom of action already has done the most to put Iran in a box, whether by setting back its nuclear clock or its military entrenchment in Syria, Iraq, Lebanon and beyond. Israel will not be the only U.S. regional partner now bearing greater burdens for upholding stability, so the White House also should prioritize expanding the historic Abraham Accords and help forge deeper defense cooperation among its members. Such support also can reassure shaken allies more generally of the value of American guarantees.

Additionally, the administration must get serious about establishing its own deterrence against Iran. This means, at the least, more forceful retaliation against proxy attacks on Americans in Iraq, and contingency plans, exercises and deployments for neutralizing Iran’s nuclear facilities.

In these ways, the Biden administration has a closing window to limit fallout from its Afghanistan retreat and promote its strategic objective of Middle East stability.

Jonathan Ruhe is director of foreign policy at The Jewish Institute for National Security of America (JINSA).