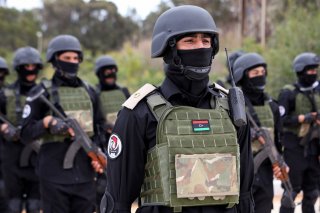 A stable, peaceful and prosperous Libya would be a boon to the Greater Middle East and benefit the transatlantic community as well. As Libya emerges from a decade of chaos, both Italy and the United States are in a position to help improve the country’s prospects for progress.

Since the fall of Muammar el-Qaddafi, numerous countries intervened in the conflict looking to protect or advance their own interests, but none had the capacity to bring solutions. Their meddling and influence only perpetuated the problems.

France, for example, along with Russia, has supported Gen. Khalifa Haftar, the rival of Fayez al-Sarraj, the former prime minister of Libya whose government was recognized by Italy, the United States and the United Nations. Turkey, on the other hand, has strengthened its political influence on the Western part of Libya. Egypt, Saudi Arabia and Qatar and others look after their own interests.

Both the United States and Italy are exceptions to the rule. From trade to energy and immigration, Italy has always enjoyed close ties with Libya but lacked the influence to mediate between the squabbling powers. Meanwhile, the U.S. has been risk-averse about engaging too deeply in Libyan affairs, adopting a “lead from behind” strategy in the first civil war, and keeping its distance in the second.

But the times, they are a-changing. With an extended ceasefire in place and national elections slated for next year, the people of Libya now face a more promising future. Working together, as friends of Libya, Italy and the United States could add significant diplomatic support and momentum to keep history moving in the right direction.

Inaction is not an option. Libya’s problems don’t stay in Libya. They seriously impact the entire region and the transatlantic community. Illegal immigration from North Africa and, in particular, from Libya has been a serious problem: a problem that worsened during the civil war.

At the moment, political stabilization is the country’s most urgent need. And it will face a difficult test in next December’s general elections.

Italy has already made an important move in this arena. The new prime minister, Mario Draghi, recently visited Tripoli as his first official foreign trip—a clear signal of Italy’s interest in renewing ties between the two countries. Meeting with Dbeibeh, the head of the recently formed Libyan provisional government, Draghi and Italian Foreign Minister Luigi Di Maio discussed topics ranging from trade relations and cultural exchange to health, infrastructure and immigration. Prior to the ceasefire, there was little hope of practical dialogue on any of these issues.

Draghi’s prospects for successful engagement could also use a boost from an important ally: the United States. Recently, the new Italian prime minister reaffirmed Italy's friendship with Washington and Rome’s membership of NATO: a significant reversal from the previous Italian government, which was very ambiguous in its relationship with the United States.

At the same time, Washington appears no longer willing to tolerate the de facto partition of Libya between Turkey and Russia that occurred over the last two years. U.S. National Security Advisor Jake Sullivan has not only endorsed the current Libyan Government of National Unity, but he added: “The empty logic of military escalation has failed. It is long past time for foreign countries sending mercenaries and weapons that harm innocent Libyans to begin their withdrawal and respect the resounding Libyan calls for a peaceful political transition.” This indicates the United States is willing to stand up and take a more hands-on diplomatic role.

There are at least three reasons Draghi could be the catalyst to turn U.S.-Italian cooperation into practical results.  First, Washington is likely to consider him more reliable on this matter than French President Macron, especially because of the past French support of Haftar.

Second, Washington appears to be taking a harder line toward Moscow. Meanwhile, relations between Moscow and Rome are frostier.  Last month, a diplomatic controversy erupted between Rome and Moscow due to a spying affair. This could have consequences for Libya, where the Kremlin wants to safeguard its interests and influence on the Eastern part of the country.

Third, the new administration in Washington so far has had a fairly ambivalent relationship with its Middle East partners. It needs a strong European voice to help build momentum in addressing the challenges of the Great Middle East.

Now is the time for the United States and Italy to accelerate their dialogue on how to help the people of Libya.

James Jay Carafano is a Heritage Foundation vice president, in charge of the think tank’s research program on matters of national security and foreign relations.