America and the March Toward Modern Conflict 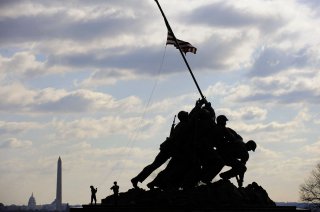 There is no better example of how history is enlisted to fight future wars than the “principles of war.” This laundry list of how to fight, incorporated in American military doctrine, has been around for centuries. The principles are based entirely on past military experience, yet despite their ancient origins, they retain their relevance for contemporary conflicts.

As states took on a more comprehensive role in organizing societies for war, teaching their militaries how to fight became an increasingly important function. Military leaders were taught doctrine, the same way budding mathematicians were schooled in proofs and doctors were instructed in anatomy. One of the first and most enduring doctrinal constructs to arise in Western warfare was the principles of war.

While historians can trace the origins of thinking about principles of warfare back to the writings of Sun Tzu (544–496 BC), the Western conceptions derived from sixteenth-century European military scholars and others who followed their lead. Niccolò Machiavelli wrote a list of principles, as did Napoleon Bonaparte and Carl von Clausewitz and many others. All of their writings were based on the study of military campaigns. The best history of this intellectual effort remains “The Quest for Victory: The History of the Principles of War” (1982), by John Alger.

In modern times, a cottage industry has emerged to argue that the principles of war are as outdated as muskets. Lots of people think they have better ideas. This has produced a dizzying array of concepts promising new intellectual digital devices to replace rotary phones thinking about war.

Yet, while explanations of how America should fight to keep getting more cerebral, sophisticated and sensitive to the conditions surrounding contemporary conflicts, the fighting hasn’t gotten any easier. The belief that intellectual advances will inevitably deliver a better understanding of a complex phenomenon of how people kill each other is a tenet of faith—and one of the biggest blind spots—in the modern world. All that fresh thinking isn’t helping win wars.

For sure, any doctrine rooted in military history and past campaigns has limited utility. Truth is, the future ain’t what it used to be and will be. Most futurist projections envision tomorrow as an extension of current trends. The past, however, is not always a prologue.

The character of war in the twenty-first century could be—and already has proven to be, in many cases—significantly divergent from the inevitable march toward a modern conflict that stretches from the Middle Ages to the present. Frameworks based on military history, the principles of war included, will be increasingly seen as anachronistic and counterproductive unless they are adaptable and instructive in understanding contemporary conflict.

A bugbear for any warfighting doctrine is that there is way more to modern war than just the clash of arms on the battlefield. War in the twenty-first century has proven to be neither an exclusively private nor exclusively public matter; it’s a civil activity that spans both worlds, with each realm having a substantial amount of autonomy and influence.

Indeed, even as great powers are collecting more power and turning it against each other, non-state actors are undermining the nation-state's monopoly on the management of violence. Further, we have seen states try to blur their own role, adopting “grey zone” or “hybrid” warfare tactics that eschew attribution for malicious activities. In short, consideration of military matters cannot be confined to the traditional place of battle.

The complex intrusion of civil society into military matters isn’t just confined to “red on blue” conflicts. Domestic political dynamics play an important role as well. Case in point, today in the United States there is a raging war over the rightness of using the armed forces as a tool to shape social and cultural transformation. The outcome of this struggle will definitely shape how and how well the future American military fights. Only military thinkers who understand how factors beyond the battle shape the conduct of conflict will earn the moniker of “genius for war.”

That said, there is still every prospect that future conflicts will include picking up weapons and shooting at each other. Winning fights on battlefields is still going to matter. At its heart, the armed conflict remains a dynamic competition between adversaries; each conflict is tinged by the unique circumstances under which it is fought.

For thinking through these kinds of problems, the simple, timeless constructs offered by the principles of war might just prove to be good enough. History has not disproved their utility. The future is still unknown.