Are Western Sanctions Enough to Save Ukraine? 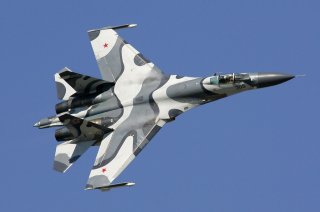 NATO chief Jens Stoltenberg announced on Friday that Russian forces have used cluster bombs in Ukraine. “We have seen the use of cluster bombs and we have seen reports of use of other types of weapons which would be in violation of international law,” Stoltenberg said, adding that NATO is “collecting information and monitoring very closely what is going on in Ukraine.” Stoltenberg’s statement comes on the heels of accusations, leveled by Ukraine’s ambassador to the United States, Oksana Markarova, that Russia has deployed and used thermobaric weapons in Ukraine. Also referred to as “vacuum bombs,” these weapons suck up surrounding oxygen to trigger a huge explosion. The employment of such weapons is widely condemned by international human rights organizations and could be classified as a war crime if used against civilian populations. Earlier this week, the International Criminal Court (ICC) announced a war crimes investigation into Russia’s invasion of Ukraine. Karim Khan, the chief prosecutor for the international criminal court (ICC), said an “advanced team” of investigators is already traveling to Ukraine, adding that the work will begin as soon as possible.

Western intelligence sources and military experts say the invading Russian forces are underperforming expectations, particularly in the North. The massive forty-mile-long Russian convoy outside of Kiev has reportedly been stalled by logistics issues and Ukrainian guerilla warfare; U.S. defense officials said on Friday that Ukrainian forces have successfully destroyed a bridge in the convoy’s path.

“We certainly believe that the Ukrainians blowing up that bridge absolutely had an effect on stopping and curtailing the movement of that convoy,” the official said. “But we also believe that they have hit the convoy at other places as well in direct attacks.” One week into the invasion, it is unclear whether or not the Russian military has succeeded in securing Ukrainian airspace and fully destroying Ukraine’s air power capability. The Russian Defense Ministry claimed earlier this week to have achieved air superiority over Ukraine, but not air supremacy. This means the Russian military claims it can conduct air operations in Ukrainian airspace without prohibitive interference, but apparently concedes that the Ukrainian military is still capable of posing some degree of effective interference. The Ukrainian military and Western sources claim the Russians have secured neither air superiority nor air supremacy, with Ukrainian combat drones, fighter jets, and helicopters allegedly retaining their ability to conduct operations across large swathes of the country.

NATO formally rejected Ukraine’s demand for a Western-enforced no-fly zone on Friday, claiming that the step would lead to escalation up to and including direct military conflict with Russia. The West is instead coordinating a barrage of sanctions designed to grind Russia’s economy to a halt, including unprecedented restrictions on Russian financial institutions and external investors’ ability to do business in the country. These new measures are calibrated in no small part to collapse the Russian ruble, a crucial steppingstone on the West’s campaign to all but destroy the Russian economy. The authors of this strategy in Washington, London, and Brussels have not articulated the end goal of the West’s sanctions-driven response to the Russian invasion. It is unclear if these policies are intended to compel Vladimir Putin to reverse course in Ukraine; to deter the Kremlin from initiating military action against other governments beyond Ukraine; or to degrade Russia’s economy to such a point that it can longer sustain prolonged, large-scale military operations while keeping its domestic situation in check. But Moscow remains unfazed, with a defiant Russian parliament introducing a bill on Friday that would make it a crime to call for sanctions of any kind “against the Russian Federation, citizens of the Russian Federation or Russian legal entities,” punishable by up to three years of forced labor or imprisonment. The parliament has also passed a law criminalizing the spread of “fake” information regarding the war, with punishments ranging from a $45,000 fine to up to fifteen years in prison. This new law comes shortly on the heels of prior government directives prohibiting the use of terms including “war” and “invasion” to describe what is going on in Ukraine, instead mandating that the conflict must be called a “special military operation.”

Putin claimed in a speech given on Thursday that the war is “according to plan,” reiterating his “conviction that Russians and Ukrainians are one people” and insisting that Russia will continue its campaign to root out “neo-nazis” in Ukraine. Moscow rejects the characterization of the war as an unprovoked attack, instead framing it as a kind of reprisal for what the Kremlin sees as the genocidal atrocities perpetrated by the Ukrainian military against the pro-Russian breakaway Donetsk and Lugansk People’s Republics.

According to Western military analysts, the relatively low troop numbers and limited military hardware employed in the invasion’s opening stages suggest the Kremlin expected the Zelenskyy administration to quickly capitulate and badly underestimated the scale of Ukrainian resistance. Pointing to the near-total absence of Russian air power and electronic warfare, military expert Michael Kofman argued that the Russian military defied its own warfighting doctrine and established practices in the expectation of a quick-and-easy political victory.

But to narrowly focus on select Russian operational troubles, real as they are, risks obscuring what remains an exceedingly bleak strategic picture for Kiev. Samuel Charap, a senior political scientist at RAND Corporation, told CNBC that Russia’s military has so far only deployed a fraction of its capabilities in Ukraine. The Ukrainian military does not have the capability to destroy or substantially degrade the massive Russian convoy that is now just miles outside Kiev. The Russian military appears to be adjusting its tactics to battlefield realities, with widespread use of tactical aviation and more indiscriminate forms of shelling against major population centers. Despite being slowed in the north, the invading forces appear to be making substantial gains in the war’s southern and eastern theaters. Russian forces took the strategically vital coastal city of Kherson earlier this week as they continue to push further westward in a likely attempt to seize the vital port hub of Odessa. Reports emerged on Friday that Russian ground forces have occupied Enerhodar, a strategically-situated city on the Dnieper River that produced roughly one-quarter of Ukraine’s power.

Zelenskyy’s presidential advisor Mikhail Podolyak said a third round of peace talks between Ukrainian and Russian delegations is scheduled in the coming days. The two sides agreed in principle on the need to open humanitarian corridors in war-torn parts of Ukraine but appear to diverge on specifics of execution. Russian foreign minister Sergey Lavrov said earlier this week that Russian forces will press on with their campaign to “demilitarize” Ukraine in parallel with any ongoing negotiations between Moscow and Kiev. The Kremlin has repeatedly signaled over the past week that it will accept nothing less than the full capitulation of the Zelenskyy administration, part of Putin’s apparent plan to impose regime change in Kiev.