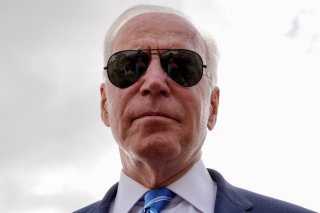 A nuclear arms race is underway, but so far, the only participants are Russia and China. The United States, for its part, is barely treading water. For the first time in our nation’s history, we must simultaneously deter two peer nuclear-capable competitors. President Joe Biden must reject calls from within his political party to unilaterally disarm and to reduce funding for nuclear modernization programs.

The rapidly changing threat environment should be the driving force of Biden’s Nuclear Posture and Missile Defense Reviews, which will guide America’s nuclear policies and should be completed by early 2022. Last month, Admiral Charles Richard, commander of United States Strategic Command, called China’s nuclear activities “breathtaking,” equating them to a “strategic breakout.” Richard warned that in a crisis, Beijing could use its arsenal to coerce the United States to limit its decision space. China, he added, could escalate to a point where the United States would not be able to defend its allies.

In April, the Office of the Director of National Intelligence released a report stating that Beijing is engaged in the “most rapid expansion and platform diversification of its nuclear arsenal in its history.” China’s arsenal, the report noted, will at least double in the next decade.

The report also said that Moscow is expanding and modernizing its nuclear capabilities while increasing the capabilities of its strategic and non-strategic weapons. Russia is developing a nuclear-powered and nuclear-armed underwater vehicle and a nuclear-powered and nuclear-armed cruise missile. Some observers have dubbed the missile the “flying Chernobyl.” Richard warned that Moscow could use these weapons to “deter us and our allies and offset perceived conventional inferiority.”

The United States must deter both countries today and plan for an unknown future that is likely to be more dangerous. The threat from North Korea is growing as Kim Jong-un diversifies his arsenal. In addition, the Biden administration’s misguided effort to rejoin the 2015 nuclear deal between Iran and world powers opens the possibility of an Iranian nuclear weapons program in the next decade.

In May, Charles Verdon, acting administrator of the National Nuclear Security Administration (NNSA), cautioned that America’s infrastructure for producing and maintaining the nuclear stockpile has “reached a tipping point.” He added, “approximately 60 percent of NNSA’s facilities are more than 40 years old and more than 50 percent are in poor condition.” Admiral Richard warned, “We’re at a point where end-of-life limitations and cumulative effects of underinvestment in our nuclear deterrent and supporting infrastructure against the expanding threat leave me no operational margin.”

Thus, while China and Russia are modernizing and expanding their arsenals, the United States is still using weapons built during the Cold War, with many nearing the end of their expected lifetime. The Minuteman III intercontinental ballistic missile is more than fifty years old and is a core element of the land-based leg of the nuclear deterrent. Richard noted that we “need a weapon that can fly and make it to the target. Minuteman III is increasingly challenged in its ability to do that. There is almost no possibility of an upgrade on that relative to the threat.”

Nevertheless, Senator Edward Markey and twenty-one other Democrats recommended in a July letter to Biden that the president should look at extending the life of the Minuteman III rather than fund its replacement. And House Armed Services Committee Chairman Adam Smith urged Biden in an August letter to “review the size and/or necessity of the land-based leg of the triad.” Last month, the House of Representatives in a bipartisan vote overwhelmingly rejected an attempt to extend the life of Minuteman III and pause funding for its replacement.

The July letter also recommended that Biden should embrace former President Barack Obama’s 2013 suggestion of a one-third reduction in the number of deployed strategic nuclear weapons negotiated with Russia in the New START Treaty. This idea is a non-starter; Without any verifiable reduction in the threat from Beijing’s and Moscow’s nuclear arsenals, Russia and China would just pocket the unilateral reduction in the U.S.-deployed nuclear force. Arms control negotiations with China and Russia have bipartisan support, and any reductions must be verifiable and not allow either country to subvert the intent of arms control by expanding its non-strategic weapon systems.

In March, Biden said his administration is committed to “ensuring our strategic deterrent remains safe, secure, and effective and that our extended deterrence commitments to our allies remain strong and credible.” To achieve that bipartisan call, he must reject calls from his party for unilateral disarmament and for the reduction of funds for our modernization plans.

Anthony Ruggiero is a senior fellow at the Foundation for Defense of Democracies. He previously served as deputy assistant to the president and National Security Council senior director for counterproliferation and biodefense. Follow Anthony on Twitter @NatSecAnthony.