Biden-Putin Summit: The View from Moscow 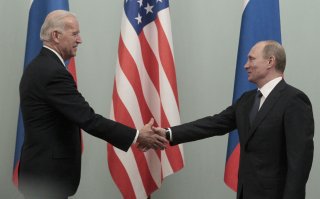 President Joe Biden and Russian president Vladimir Putin will hold their first-ever summit on Wednesday in Geneva, Switzerland. The meeting is set to take place against a backdrop of rising tensions between the United States of Russia.

Several leading Russian foreign policy experts discussed their expectations for the Biden-Putin summit with the National Interest. They explained that despite the recent deterioration in relations, Moscow saw Biden in certain ways as an upgrade over Donald Trump. At the same time, they warned that there was not much the two leaders could do to improve U.S.-Russian relations and that the Biden administration’s pledge to promote liberal democracy and human rights abroad could spark a new crisis between the two countries.

Since taking office in January, Biden has instituted sanctions against Russia over the arrest of opposition figure Alexei Navalny, alleged interference in the 2020 U.S. elections, and its reported role in the SolarWinds cyberattack. The Kremlin has countered with its own counter-sanctions—most notably prohibiting the U.S. Embassy in Moscow from employing Russian or third-country nationals. After that restriction was announced, the U.S. Embassy said that due to staff shortages, it would halt most consular and visa-processing services.

Relations took another turn for the worse in March when Biden agreed with an interviewer’s characterization of Putin as a “killer.” That comment prompted Moscow to recall its ambassador to the United States for the first time since 1998. Shortly thereafter, the U.S. ambassador to Russia returned to Washington for “consultations.”

Tensions reached their peak when Russia launched a series of large-scale military exercises near Ukraine from mid-March to the end of April. The European Union estimated that over one hundred thousand Russian troops had been mobilized near the border, sparking fears in Kyiv and Western capitals that Moscow was preparing for a military intervention in Ukraine. Shortly after the exercises began, the U.S. European Command raised its watch level for Ukraine to a potential imminent crisis, its highest level of alert.

On April 22, Russian Defense Minister Sergei Shoigu announced that Russia had concluded its drills and would withdraw most of its troops from the border. But U.S. and Ukrainian officials assert that Russia still maintains a significant troop presence in the area.

All of these factors have created a tense atmosphere ahead of the meeting of the two presidents in Geneva. In an interview with NBC News that aired on Monday, Putin said that U.S.-Russian relations had deteriorated to their “lowest point” in years.

Fyodor Lukyanov, chairman of the Council on Foreign and Defense Policy, a research group that advises the Russian government, told me that Putin’s main priority for the summit with Biden is to find a way to keep the current tensions from spiraling out of control.

“The meeting is regarded as an opportunity to reorganize [U.S.-Russian] relations—not to improve them, which is probably impossible, but to make them a bit more rational,” Lukyanov said “The problem with U.S.-Russian relations is that in recent years they have become not just bad, but irrationally bad.”

Dmitry Suslov, a professor of international relations at the National Research University Higher School of Economics, argued that there are too many contradictions between Moscow and Washington to meaningfully improve relations anytime in the foreseeable future. What is possible, however, is turning the current U.S.-Russian showdown into “managed confrontation,” one in which both sides knew and respected each other’s red lines.

To that end, Suslov predicted that Putin would use the summit to warn Biden against crossing  Russia’s red lines: Ukraine, Belarus, and no support for the Russian opposition.

Putin was also likely to propose “selective cooperation” on issues such as arms control, climate change in the Arctic, and restoring diplomatic contacts between Moscow and Washington, Suslov added.

The Biden-Putin summit will be the first high-profile meeting between U.S. and Russian presidents since the July 2018 Trump-Putin summit in Helsinki, Finland. At a press conference after the meeting, Trump questioned the U.S. intelligence community’s conclusion that Russia had interfered in the 2016 U.S. elections, adding that Putin had offered an “extremely strong and powerful” denial of the accusations. Trump’s remarks provoked a major media firestorm and bipartisan condemnation from Congress.

Although Biden has positioned himself as more hawkish on Russia than his predecessor, Moscow is not entirely sad to see Trump gone. Russian political elites have long bemoaned that despite Trump’s alleged sympathies for Russia, the former president was too polarizing and disorganized to bring about any meaningful changes in U.S.-Russian relations.

Putin himself told NBC News that although he admired Trump as a “colorful individual,” Biden was a career politician unlikely to make “impulsive” decisions.

Andrey Sushentsov, director of the Institute for International Studies at MGIMO University, told me that preparations for the summit in Geneva had gone more smoothly than they had for the meetings between Trump and Putin.

“The fact that both sides were able to arrive at a common agenda for the summit shows that in Biden we now have a figure in Washington who doesn’t sabotage himself, who can agree on an agenda and comprehensively discuss it, who can make decisions and oversee their implementation,” he said. “We did not have such a partner during Trump’s time in office.”

At the same time, Russia’s worst fears about a Biden presidency have so far been unrealized. Lukyanov explained that during his five months in office, Biden had shown Moscow that despite his sharp criticism of the Kremlin’s domestic and foreign policies, the U.S. president has no intention of ramping up pressure against Russia.

“Biden’s statements are sometimes abrupt and even improper, but his actions for the most part cautious,” Lukyanov said. “He is clearly not interested in escalating the level of confrontation, and I think that is something Moscow recognizes and appreciates.”

But Russia’s cautious optimism towards Biden only goes so far. The forty-sixth president of the United States has often spoken of his desire to assemble an alliance of global democracies against authoritarian powers like Russia and China.

For Moscow, such rhetoric conjures up discomforting parallels from Russia’s own history.

Speaking at the St. Petersburg Economic Forum on June 4, Putin warned that the United States was at risk of following in the footsteps of the Soviet Union.

“The problem of empires is that they think they are so powerful that they can afford small inaccuracies and mistakes.”

“But the number of problems keeps growing and, at some point, you can no longer deal with them. And the United States is now, with a confident step, going down the Soviet Union’s path.”

Sushentsov told me that many in Moscow believed that Biden’s growing emphasis on liberal democracy abroad represented an effort to reassert U.S. primacy against potential challengers such as Russia and China, as well as to discipline occasionally defiant allies such as Turkey.

“The way that the United States is trying to combat this tendency towards [multipolarity] is through ideologization,” he said. “This is the path chosen by the Soviet Union — ignoring and denying objective realities of life, attempting to press down on the compress springs until they inevitably jump back up and take down everything in their path.”

“If the ideological rhetoric is translated into concrete actions, then that could spark a new crisis in bilateral relations,” Sushentsov added. “In that case, any potential fruits from the meeting in Geneva will fall victim to America’s desire to play the role of global hegemon.”