A Play-By-Play of the Russian Diplomat Expulsion 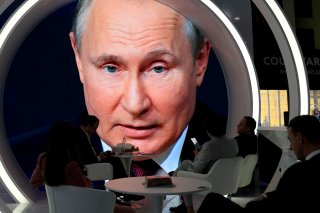 U.S.-Russia relations have taken a turn for the worse. Washington has gotten fed up with Moscow’s malign behavior, so it has expelled a bunch of diplomats. Moscow retaliated with some expulsions of its own. Not to be outdone, Washington expels even more diplomats. Moscow gets the last word, however, by ordering all Russian and third-country employees at the U.S. Embassy in Moscow to cease their work, leaving the diplomats to take care of their own driving, cooking, and cleaning. This has essentially slowed the flow of embassy operations to a trickle. Amidst the deteriorating relations, Washington and Moscow send their chief diplomats to Reykjavik to salvage what they could of the relationship and attempt to forge some sort of compromise in the few places where the two countries have overlapping interests. Arms control, maybe? All the same, relations continue to worsen until the heads of state meet on the shores of Lake Geneva to get down to business. Is it the year 2021 or 1986? Are the leaders in question Joe Biden and Vladimir Putin or Ronald Reagan and Mikhail Gorbachev?

History rhymes and the Biden-Putin Summit is no exception. The United States and Russia have been in this position before trapped in a bizarre cycle of attempting to reconcile incompatible world views while simultaneously gutting their diplomatic arsenals. After a spying scandal at the United Nations, the Reagan administration saw the largest expulsion of Soviet diplomats in U.S. history. Twenty-five of them were ousted. Then, almost immediately, the administration topped its record by expelling an additional fifty-five diplomats. This record held until the Trump administration, when the United States named sixty Russian diplomats persona non grata in a show of solidarity with the United Kingdom following the poisoning of Sergei Skripal.

Like Reagan, Trump attributed the need for expulsions to the spying activities of the Russian diplomats, who were accused of being intelligence operatives under diplomatic cover. Embassies have long been hubs for spy activity, and this practice is usually tolerated until a spy crosses a red line. Before Reagan, diplomatic expulsions were usually quiet affairs, but since then they’ve joined sanctions in the West’s lineup of preferred foreign policy tools. And it’s easy to see why. They can be used in a show of solidarity as they were in 2018, when the United States joined over twenty other countries in the collective expulsion of 135 Russian diplomats from Europe and North America. Or in the more recent case where several European countries expelled Russian diplomats following a messy Russian intelligence operation that resulted in an explosion at an arms depot in the Czech Republic.

They are also a way to look tough without actually sacrificing much. Although Trump expelled sixty diplomats, at the time, U.S. experts estimated there were approximately a hundred Russian operatives at work in the United States, leaving dozens to continue their work. Also, declaring someone persona non grata is different than changing the cap on embassy staff, meaning that there was nothing stopping Russia from simply replacing those who were asked to leave. Still, this is a useful tool, especially when thinking about domestic audiences who expect a tough response.

But the problem with diplomatic expulsions is that they tend to kick off tit-for-tat escalations. In addition to expelling sixty diplomats, the Trump administration also opted to close the Russian consulate in Seattle, in part due to its proximity to Boeing and all its tantalizing aviation secrets. The Russian Embassy in Washington responded by tweeting a poll in which followers could vote for the closure of either the U.S. consulate in St. Petersburg, Ekaterinburg, or Vladivostok. Petersburg lost.

And it doesn’t stop there. America’s diplomatic staff in Russia, which before 2017 numbered more than a thousand was slashed by more than half as part of Russia’s response to sanctions levied by Congress. Then-Secretary of State Michael Pompeo closed America’s two remaining consulates in January 2020. In April, Biden expelled ten Russian diplomats in response to Russian electoral interference and the SolarWinds cyberattack. Russia countered by expelling just as many Americans. Following Biden’s remarks in which he agreed that Putin is a “killer,” Russia recalled its ambassador from Washington and recommended the United States do the same.

Thus, the U.S. embassy is currently operating with no consulates, no local staff, and no ambassador.

Expulsions on both sides are almost always accompanied by a statement that says, we could have done more but held back. After all, it’s never wise to show your entire hand. But Biden and Putin are rapidly running out of rope.

Moreover, until Washington and Moscow free themselves from diplomatic deadlock, no progress can be made on arms control, climate change, or any other issues that the two countries profess to want to cooperate on since there is no staff to execute any agreement.

The expectations for the upcoming Biden-Putin Summit are almost comically low. Those who were hoping for deliverables of any kind had their aspirations quashed right out of the gate by U.S. National Security Advisor Jake Sullivan, who warned in a White House press briefing that “We don’t think in terms of U.S.-Russia summits as being about deliverables. Because if you’re going to wait for really significant deliverables, you could be waiting a long time, conceivably.” But one of the few achievable deliverables that experts can envision is the return of the Russian and American ambassadors to their posts in the other’s capital city. The White House, wisely, is keeping expectations of this summit low. Better not to over-promise and under-deliver. But it can aim higher than that. Full restoration of both countries’ diplomatic capabilities, including the reopening of the three shuttered American consulates in Russia would be a good start. The United States should respond in kind by reopening a Russian consulate on the West Coast. If Seattle is too sensitive, there’s always San Francisco.

Lillian Posner is an assistant managing editor at the National Interest.