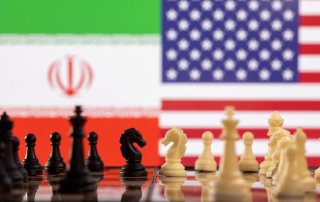 Iran is now closer to acquiring nuclear weapons than ever before. The ongoing nuclear talks in Vienna to revive the 2015 Joint Comprehensive Plan of Action (JCPOA) may be the last chance to stop Iran from becoming a nuclear state, potentially triggering a nuclear arms race in an already unstable region.

The United States has only two options. First, to pursue its current path and witness Iran go nuclear at some point in the near future, even if Teheran agrees to revive JCPOA. Second, to acknowledge that the ground realities have changed, thus necessitating dialogue with Iran about its concerns and making possible concessions.

Ultimately, if the United States is to play a leadership role in the Middle East and wants to stop Iran from acquiring nuclear weapons in the foreseeable future, it will need to embrace the Nuclear Non-Proliferation Treaty (NPT), end its double standards towards Israel’s nuclear program, and promote a nuclear-free zone in the Middle East.

Realities on the ground have changed dramatically since 2015 and mainly in Iran’s favor. Since Donald Trump’s withdrawal from JCPOA, before which Iran largely complied with the deal, Iran has breached its commitment and has progressed significantly in its nuclear pursuits. Under the JCPOA, Iran was not allowed to enrich uranium past 3.67 percent. At present, Iran is enriching uranium at 60 percent%, which is significantly higher than what is necessary for civilian purposes. International Atomic Energy Agency (IAEA) director-general Raphael Grossi noted recently that only those countries making bombs are enriching uranium at 60 percent.

Moreover, since 2018, Iran has significantly diminished its breakout time—the time needed to have enough enriched uranium make one nuclear weapon—from the one year originally negotiated in the JCPOA to the current three weeks to a few months, as per various reports. Although this estimate is highly subjective, experts broadly agree Iran’s breakout time has shortened substantially. As a result, the Iranian leadership seems convinced that they can use the threat of Iranian weaponization to deter any potential military threats, hence assuming the upper hand in negotiations.

U.S. policymakers seem unwilling to acknowledge the change in the regional power dynamics and, in recent days, have repeatedly talked about a “Plan B”—implying military interventions—if negotiations fail. But, with the U.S. midterm elections approaching, President Joe Biden will hesitate to embark on another war in the Middle East, the political support for which has evaporated after the endless and largely failed wars in Iraq and Afghanistan.

The Power Dynamics Have Shifted

In addition, Iran is moving further outside the U.S. orbit, having received full membership in the Shanghai Cooperation Organization, an alliance whose members include Russia, China, India, and other emerging markets. This new membership enables Tehran to expand its trade to those emerging economies. Tehran also has recently signed the “Iran-China Comprehensive Strategic Partnership” with Beijing, with China promising investments of $400 billion in Iran, of which $280 billion will be in Iran’s energy sector. In return, Iran has agreed to export petroleum to China at a reduced price.

Simultaneously, the U.S. position has weakened since the signing of the JCPOA. As the global reserve status of the U.S. dollar is fraying, the strength of American sanctions is in constant decay as well. According to the International Monetary Fund (IMF), in 2001, the dollar accounted for 72 percent of the world’s foreign exchange reserves but only 59 percent today. Moreover, fewer than 20 percent of executives surveyed by McKinsey Global Institute expect the dollar to be the dominant global reserve currency by 2025. In the past, the dollar’s reserve status added teeth to the U.S.-led economic sanctions because any country, even those that do not do much business with the United States, need access to the American banking system to clear their payments and manage cash.

But the future of the dollar as a global reserve currency is in danger as it depends mainly on its “Petro currency” status—which resulted from Richard Nixon’s 1974 agreement with Saudi king Faisal, where Saudi Arabia promised to accept payment in dollars for most of its oil exports. However, China enjoys new significant leverage over Saudi Arabia as it is now the world’s leading importer of crude oil and is pressuring the Saudis to trade oil in yuan. In fact, Saudi Arabia’s state-controlled petroleum company, Saudi Aramco, recently indicated it might issue yuan-denominated bonds. Moreover, in recent days, many experts have been concluding that if U.S. policymakers continue to employ dollar-based economic sanctions, it will further exacerbate the dollar’s demise as the global reserve currency, pointing out that Washington must strike a delicate balance when considering economic sanctions. Contrarily, Iran is withstanding current sanctions and has successfully resisted Trump’s maximum pressure campaign. There now seems to be a broader consensus in the Biden administration that initiating any new sanctions will do little in convincing Iran to veer from its current path.

The United States must convince Iran and the international community that it will abide by the terms of any agreement that is struck. Iran wants assurances that no future U.S. president will withdraw from any nuclear deal—an understandable concern considering Sen. Ted Cruz’s comments that “it is a 100% certainty that any future Republican president will tear up” any nuclear deal with Iran. Should Biden achieve an agreement, he must take it to Congress to be ratified as a treaty while his party still enjoys a majority in Congress. Doing so will prevent any future U.S. president from simply withdrawing from the deal by executive order.

As Iran’s chief nuclear negotiator in Vienna, Bagheri Kani, stated in reply to U.S. negotiators, “This is about an agreement, not a policy. If there is a peace agreement between two states, it has the effect of a treaty. This is international law. It is not intended that domestic laws of the US can prevail over an international agreement. That is against international law.” Further, Biden should work with the international community to create new arbitration mechanisms so that anyone violating the terms of the deal can be held accountable. He must address the fact that many of the sanctions relief promised to Iran in 2015 was never actually implemented due to legal hurdles.

If the United States cannot provide Iran with the assurances it is seeking, it is doubtful that Iranians will see value in agreeing to any potential new deal. With a lack of mutual trust between the United States and Iran, we might see a repeat of what occurred in North Korea in 2007. That year, following the Six-Party Talks, Pyongyang agreed to stop plutonium production and shut down North Korea’s major production facilities at Yongbyon in exchange for a promise that the United States would supply North Korea with 500,000 tons of heavy fuel oil, remove Pyongyang from the state sponsors of terrorism list, and terminate the application of the Trading with the Enemy Act. Siegfried S. Hecker, a leading American nuclear scientist who visited North Korean nuclear facilities on multiple occasions, concluded that the disablement actions of Pyongyang “to be serious and in good faith.” However, the United States never fulfilled its promise to North Korea, and we are still leaving with the repercussions.

The United States’ only option to thwart Iran’s nuclear ambition is to listen and negotiate towards a durable agreement. The United States should work to end Iran’s current security dilemma concerns, abide by the spirit of the NPT regime, and pledge to a no-first-use nuclear policy. This in itself diminishes the usage of nuclear weapons from a security perspective and can solve Iran’s current security dilemma. Many analysts have noted that nuclear war did not emerge as a serious option throughout all the military standoffs between India and China because both had a no-first-use policy, unlike during tensions between India and Pakistan.

Further, to solve Iran’s current security dilemma, the United States should seek a nuclear-free zone in the Middle East. To do that, it must first end its hypocrisy in denying that Israel possesses nuclear weapons. Evidence shows that during the final years of the 1960s, the Central Intelligence Agency had already certified that Israel had developed nuclear warheads. But President Richard Nixon and Israeli prime minister Golda Meir agreed that the United States would not acknowledge that Israel possessed a nuclear arsenal and would not pressure Israel to sign the NPT as long as Israel did not declare itself a nuclear state.