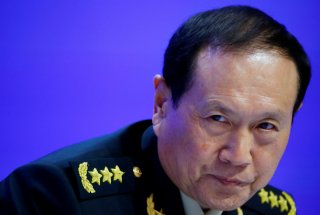 As America confronts an assertive China across the Indo-Pacific region, it is important to understand the centrality of Africa to this effort. Recognizing a stable and democratic Somaliland in the Horn of Africa as an independent country is a key step in stemming the Chinese Communist Party’s rising tide on the continent, which brackets the western border of the region.

Almost unnoticed during the pandemic, Somaliland is resisting China’s rapid expansion in Africa through the Belt-and-Road initiative. After months of Chinese pressure, the Somaliland government cut out Beijing and invited Taiwan to open an embassy in the capital, Hargeisa.  Taiwan now has a scholarship program for Somaliland students to study in Taipei and Taiwanese aid is flowing into the country to assist with energy, agriculture, and human-capital projects.

It is often difficult for developing nations, including those in Africa, to resist the economic allure of Chinese loans and investment. China’s government is pouring money into Africa in a bid to secure energy and raw materials long into the future. Governments often set aside concerns over China’s predatory lending, corruption, human-rights abuses and its high-handed “wolf warrior diplomacy” to provide for their desperate populations. When a developing nation stands up to China and rejects its tainted aid, the United States should make every effort to help it succeed, particularly in strategically vital geography.

Somaliland is one such country and deserves U.S. assistance. Unlike the virtually failed state of Somalia to its south, Somaliland is thriving. It has been peaceful for the thirty years since it declared independence, has a functioning democratic system, manages its own police force, and even issues its own currency and passports.

An American-backed independent Somaliland would show other nations that there is an alternative to China’s Belt-and-Road initiative in East Africa. This step could be key as China has marked the area for great power competition by establishing its first overseas military base in neighboring Djibouti. Somaliland’s location, just south of Djibouti, on a major artery of maritime trade—the Bab-el-Mandeb Strait—is thus of geopolitical significance to the United States and its allies. Somaliland would also be an important partner in the fight against Islamist terrorists in the region.

The legal and diplomatic grounds for recognizing Somaliland are strong. In many ways, what we today recognize as modern Somalia is an artificial construct, even by the standards of post-colonial Africa. During the late-nineteenth century through the mid-twentieth century, Somaliland was controlled by the British, eventually becoming a formal British colony. After its independence from the UK in 1960, thirty-five nations recognized the new Republic of Somaliland. The country was one of the first fifteen nations on the continent to gain their freedom during that famous “Year of Africa.” As a matter of international law, Somaliland had been and, upon independence, was entirely separate from the Italian colony Somalia Italiana, later Somalia.

The two neighboring former colonies were joined together into one nation only after both received their respective independence from different colonial powers. The election that ratified the union creating Somalia was, however, fraught with irregularities. For example, it was discovered shortly after voting that the documents each newly independent state had voted on were different, thus, making the union technically void. The government in Mogadishu attempted to remedy this problem by announcing a second referendum on an act of union. But due to significant discrimination against Somaliland, its citizens boycotted the vote. In 1961, a Somali court ruled that the legal mechanisms used to join the two nations were flawed.

Over the years, the regime in Mogadishu massively abused human rights in Somaliland.   Somalia’s decades of discrimination, repression, and genocide against Somaliland have been ongoing since the colony’s independence. Somaliland fought a war against Somalia for its freedom. This decades-long conflict was one of the most brutal wars in post-colonial Africa and included Mogadishu’s genocide against the north’s major clan. At the conclusion of the conflict, after securing its territory, Somaliland declared its independence anew.

If the United States leads on diplomatic recognition, then other nations will certainly follow. The United Kingdom, the United Arab Emirates, Turkey, and other states already have offices in Hargeisa, though only Taiwan maintains an embassy. Even continental power South Africa has flirted with recognition. The time is now for the United States to take the first step—or more accurately, thanks to Taipei, the second step—to bring Somaliland fully into the community of nations.

Robert C. O’Brien was the twenty-eighth U.S. National Security Advisor, serving from 2019-2021. He is the Chairman of the Global Taiwan Institute’s U.S.-Taiwan Task Force.