A China-India Clash Would Be Xi Jinping's Grand Mistake 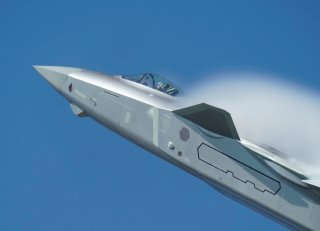 President Xi Jinping has moved forward with his plans to strip Hong Kong of its separate status and impose the primacy of Chinese communist rule on the former British territory. Xi’s action highlights China’s fundamental dishonesty and should give all states pause in trusting any agreement with the People’s Republic of China given that this was not a simple political deal but a formal Sino-British treaty ratified by both governments in which both agreed to allow Hong Kong to govern itself for 50 years, the basis of the so-called, “One China, Two Systems” policy.

The ease of Xi’s take-over of Hong Kong and the lack of meaningful international reaction may have only whetted the Chinese leader’s appetite. The People’s Republic of China has long claimed Taiwan as an integral part of one China. History does not agree: Over the last four centuries, mainland China only arguably ruled China during the Qing dynasty (1683 to 1895), and even then, its rule only extended from the theoretical to the tangible for at most a few decades. Any visitor to Taiwan today understands that, the Kuomintang flight to Taiwan notwithstanding, Taiwan is culturally very different from China. Taiwanese have no desire to be the new Tibetans, Uighurs or, now, Hongkongers.

As China faces economic uncertainty and a demographic precipice, Xi may feel otherwise, believing both the United States to be a paper tiger and a crisis in the Taiwan straits to be useful to distract the public from his own failings. Hence, in comments on Friday, May 22, Chinese Premier Li Keqiang deliberately omitted “peaceful” from the usual formulation about “peaceful reunification.”

But while pundits and military planners have for decades worried about a Chinese military push toward Taiwan, the next crisis may not involve Chinese aggression across the Taiwan Strait, but rather toward India. The Communist Chinese government initiated a series of border skirmishes with India after the Indian government granted the Dalai Lama political asylum in 1959. On October 20, 1962, Chinese forces launched simultaneous attacks along the McMahon Line, a demarcation between Tibet and India put forward by the British at the 1914 Simla Conference. Chinese forces were largely successful and, in the aftermath, the Indian military fundamentally reconsidered its posture and strategy.

China also attacked Ladakh in 1962. While the Western media often portrays the Kashmir dispute as just between India and Pakistan, China controls 17 percent of the territory, or an area about twice the size of Massachusetts.

There have been at least four ‘incidents’ across the India-China line-of-control in recent weeks. While there were nearly 500 incidents in eastern Ladakh in 2019, the recent incidents are larger scale and better coordinated than what occurred in 2019 and before. The People’s Liberation Army has reinforced its positions in the Galwan Valley and Demochok in Ladakh. Lieutenant General (retired) Deependra Singh Hooda, India’s former Northern Army commander, wrote on May 24, 2020 that the decision and direction of China’s most recent aggressions appear originate in Beijing rather than with local commanders. China appears angered that India is developing its roads and logistical capabilities in the region. An analysis in India’s Economic Times theorizes that Chinese authorities seem to be repeating their 1962 playbook, not recognizing how much India has changed.

India is today ascendant. It does not face the same demographic nightmare that China now confronts due to decades of Beijing’s previous one-child policy. India’s conventional military has advanced substantially over the last half-century and it has, since 1974, also been a nuclear power. Despite all of India’s internal inefficiencies, bloated bureaucracy, and protectionism, its economy is in far greater shape than it was a half-century ago. The world has also changed. When China initially invaded Indian territory, President John F. Kennedy offered some arms, but it was too little too late, and his official neutrality likely encouraged Indian leaders to tilt even more toward the Soviet Union. Today, however, belief in a strong U.S.-India partnership is one of the few topics which still unites Democrats and Republicans on Capitol Hill and across administrations. It is not the stuff of hushed backroom diplomatic negotiations, but openly embraced.

China may believe intimidation and the sort of ‘salami-slicing’ in which it engages in the South China Sea will enable it to act without consequence against India, but India is not the Philippines, willing to roll over for a few yuan.

Or consider another analogy: When Russia invaded Georgia in 2008, the world wrung its hands and issued harsh condemnations, but did little more. When Russian leader Vladimir Putin ordered Russian forces into Ukraine, however, he found himself mired in a conflict which still continues both to send Russian soldiers and ‘contractors’ home in body bags and to drain Russian finances, both propping up annexed territories and proxy states, and subsidizing their war efforts. Xi may believe he can digest Hong Kong and crush its freedom spirit, but he will be wrong to believe that India is weak or that the United States—even under the Trump administration—would simply ignore his aggression. Instead, the United States would likely open the floodgates to provide any intelligence and weaponry which India would need to defend itself and bog down China in a morass of Xi’s own making.