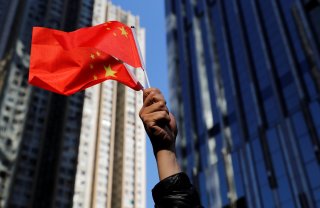 “The Silk Roads evoke a sense of something soft and pleasant, but the rock hard truth is that China is winning,” Royal Holloway Scholar Gul Berna Ozcan said. “At its core, the Belt and Road is a nicely packaged global hegemonic plan.”

Ozcan researches Chinese business investments in Eurasia. Her cautionary words come as the coronavirus’s economic headwinds continue to batter Central Asia’s fragile economies, healthcare infrastructure, supply chains, and hydrocarbon-dependent budgets are all feeling the strain. Central Asia’s GDP may contract by as much as 5.4 percent by the end of the year, according to the World Bank.

But in this bleak economic climate, Beijing is finding ample opportunity to expand its influence. While China’s trade with the region crashed in the first quarter, its thirst for energy is beginning to pick up at a time when prices are at a historic low. As relations between Central Asia and China grow increasingly asymmetrical, the region’s leaders are likely to find themselves faced with a more assertive Beijing.

For Central Asia, collapsing prices for natural resources pose a substantial threat. Natural resources account for roughly 65 to 75 percent of exports in Kyrgyzstan, Tajikistan and Uzbekistan, and more than 90 percent in Kazakhstan and Turkmenistan.

Gas has proven particularly vulnerable. Almost all of Turkmenistan’s gas exports now go to China, with Ashgabat shipping some thirty billion cubic meters (bcm) annually, accounting for 90 percent of GDP. Uzbekistan is less exposed, with energy accounting for less than 15 percent of GDP, yet nevertheless sells a substantial ten bcm to China each year. In February, coronavirus lockdowns in China led to a 17 percent drop in natural gas demand from Beijing, confirmed from data at a pipeline metering station on the Kazakh border, showing a 3.9 bcm demand dip.

Other signs of strain emerged on March 5 after energy giant PetroChina suspended some natural gas imports, declaring force majeure on unspecified supplies. (Force majeure is a legal term often called an “act-of-God clause” which absolves parties from fulfilling contractual duties without fear of penalty in the event of natural disasters such as a pandemic.) On March 11, Kazakh Energy Minister Nurlan Nogayev said that gas supplies had fallen 20 to 25 percent “at the request of China.”

But as China’s economic output begins to pick up, its energy demand is likely to snap back. “In the short term, China is buying less Uzbek and Turkmen gas and more from Kazakhstan,” Foreign Policy Research Institute Economic Research Fellow Maximilian Hess said. “In the longer term, gas levels will recover but the prices will likely remain low.”

The region’s lack of export options, combined with growing global LNG supplies and China’s long-term push toward reduced dependence on coal, will only serve to increase China’s negotiating power in the region. Data from Kazakhstan’s state oil and gas company, KazMunaiGaz on June 3 revealed that its sales had picked up 15.3 percent in the first quarter. As they cut supplies from Turkmenistan and Uzbekistan, Chinese companies can play regional actors off against one another to gain more favorable terms and expand Beijing’s political clout.

This is bad news for Central Asia, where economies are already struggling to pay back loans to Chinese banks. Pandemic-induced industrial disruption may result in Chinese firms seizing opportunities to enter into joint ventures in exchange for debt relief. Like in other parts of the world, China often denominates loans in barrels of oil, a practice that masks the true payments. As energy prices plummet, such “barter deals”  allow China to secure its energy imports and add to its stockpiles.

The sharp decline in both commodity prices and remittances from Russia look set to increase debt burdens across the region. Estimates suggest an increase in debt-to-GDP ratios in 2020 by 3 percent in Kazakhstan (to 23.1 percent of GDP); 7 percent in Tajikistan (51.8); 8 percent in Uzbekistan (36.9); and 15 percent in Kyrgyzstan (69.2).

China remains the largest creditor, accounting for anywhere from 50 to 80 percent of new foreign debt in the region. The two poorest republics, Kyrgyzstan and Tajikistan, are especially vulnerable. According to official figures, Kyrgyzstan had a total foreign debt of about USD 3.8 billion in 2019, of which roughly 1.8 billion was owed to the Export-Import Bank of China (Eximbank). Meanwhile, almost half of Tajikistan’s external debt is owed to Beijing.

China now has to weigh writing off bad loans. In some cases it has already acted: Kyrgyzstan’s government announced in April that China agreed to reschedule $1.7 billion worth of debt repayments, without revealing the specifics of the agreement. In addition, China announced plans to back the G20 debt relief program.

This decision is unlikely to benefit Central Asia however. “The BRI almost always consists of corporate loans and private banks,” says Hess. “Unfortunately for Central Asia, the G20 agreement discusses official debt and not the private debt structures where Chinese money sits. It’s really not the hope the region has been waiting for.”

An editorial in Chinese official mouthpiece Global Times confirms this, noting that preferential loans from Eximbank are “not applicable for debt relief.”

“This decision was purely political,” AKE International Asia-Pacific Analyst Zhouchen Mao said. “Given the geopolitical context of worsening U.S.-China relations, this stance allows China to show its commitment to the international community while positioning itself as a responsible stakeholder—a narrative it has been pushing throughout the pandemic.”

Growing debts also place the region in a precarious geostrategic position. Unlike the World Bank, Chinese loans tend to carry higher interest rates and use national assets as collateral. In the past, debt-burdened Tajikistan has paid off debts to China by granting mining rights, allowing a military base on its territory, and even ceding 0.7 percent of its land. In a recent phone conversation between Tajik president Emomali Rahmon and Chinese president Xi Jinping, the Tajik leader expressed a desire to “further align Tajikistan’s national development strategy for the period up to 2030 with the joint construction of the BRI” showing Beijing's growing influence in the country even amid the coronavirus.

But concern over ‘debt-trap diplomacy’ may be overblown. “I think it is plausible that China will agree to delay debt repayments in the region,” China Matters Researcher Dirk Van der Kley said. “The debts from Tajikistan and Kyrgyzstan are very small in the grand scheme of things.”

And the assets themselves are unlikely to entice Beijing, contributing little to the country’s strategic interests. “Gold and silver deposits, even at larger projects like the Kumtor mine, don’t really matter to China,” Van der Kley said. “If they are seized, it will not be because of the central government, but because [the China Import-Export Bank] is trying to get its money back.”

China’s growing influence, as well as corruption charges linked to Chinese money, have drawn a hostile reception in the region. In August 2019, violent clashes between Kyrgyz and Chinese workers halted the work of a Chinese-owned goldmine, while a series of demonstrations in February this year ended the prospects of building a $280 million joint Kyrgyz-Chinese logistics venture. Kyrgyz protesters also blocked road construction in the country, accusing its Chinese workers of carrying the coronavirus.

“Anti-Chinese sentiment is strong across the region and it will likely remain that way for some time,” Ozcan said. “But [the coronavirus], while initially enhancing this hostility, also appears to be presenting China with considerable opportunities to earn some credibility through provision of medical aid.”

At the opening of a World Health Organization meeting hosted in May, Chinese president Xi Jinping announced that China would be spending up to $2 billion worldwide to combat the coronavirus. By the end of that month, Tajikistan received its third Chinese medical team of the year, bringing the total to twenty tons for donated medical equipment in the country.

While business relations continue to grow, the days of large-scale Belt and Road Initiative (BRI) infrastructure investment may be coming to an end. “If the global economy shrinks and production localizes then the very conditions which sustain a project like the BRI begin to disappear,” Ozcan said. “But China needs Central Asia and Pakistan to stabilize critical spaces like Xinjiang and so for that reason, I think the BRI will downscale to become something more local by nature, stimulating growth in China’s western provinces. Either way, the flagship big money projects of the past are unlikely to continue.”

The slowdown induced by the coronavirus has certainly not dampened China’s interest in the region. Chinese workers and engineers have been slipping across Uzbekistan’s closed borders throughout March and April, eager to continue conducting business. That same month, a cargo train left the coronavirus epicenter of Wuhan with 216 Uzbekistan-bound Chevrolet Equinoxes, the first time completed cars were shipped to Central Asia by rail. Kazakhstan has seen similar trends.