Condemning the Chinese Communist Party Is Not Enough 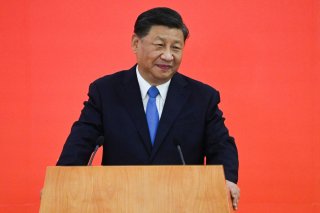 Earlier this month I asserted that U.S. “engagement” with China, contrary to much recent commentary, was not based on false premises and remains a viable and even necessary component of U.S. policy toward the Chinese Communist Party (CCP) regime in Beijing. Among the responses to that article were some vehement attacks on my judgement, integrity, and loyalty to the United States. I was accused in particular of rarely if ever acknowledging the horrific nature of the CCP, and I was advised that my credibility depended on my willingness to publicly condemn it.

I have always been ready to do so. The CCP is a repugnant regime, and it appears to have become even more so over the past two decades in spite and even in defiance of U.S. engagement with it. Whether from authoritarian instincts or deep insecurities, it has engaged in horrific violations of human rights: harsh and sometimes brutal crackdowns on any form of dissidence or public unrest; arbitrary exercise of “rule by law”; oppressive media controls; pervasive monitoring and surveillance of everyday life for Chinese citizens; enforcement of a totalitarian “zero-COVID” policy; routine suppression of religious freedoms; credible reports of torture, forced labor, sterilization, and “organ harvesting” among prisoners; ruthless social control policies in Tibet and Xinjiang, including de facto concentration camps apparently aimed at anesthetizing Islam among the Uyghurs; and a tight clampdown on civil rights and freedom of expression in Hong Kong. I condemn all of these actions.

Outside China, the CCP and its operatives engage in activities aimed at extending its jurisdiction to critics of the regime abroad, including surveillance and intimidation of overseas Chinese (even foreign nationals) suspected of disloyalty to the “mother country.” Beijing’s even more extensive “influence operations” abroad—including in the United States—often go far beyond acceptable public diplomacy to include “corrupt and coercive” efforts to advance Beijing’s interests or recruit agents of influence, sometimes in violation of local laws. China also conducts a wide range of covert operations that include industrial espionage and cyber activities aimed at stealing trade, technology, and government secrets.

In the economic realm, Beijing routinely engages globally in a wide range of unfair and sometimes mercenary or predatory trade practices. It also uses economic levers coercively in pursuit of its interests, or to punish other countries that Beijing perceives as challenging those interests. Moreover, much of its economic engagement abroad facilitates or employs corrupt business practices, and often at the expense of promoting good governance, environmental protection, and nonproliferation. Indeed, to the extent that Beijing seeks to “export” elements of its system, its global engagement facilitates autocracy in other countries and sometimes empowers it by providing like-minded regimes with the tools and tactics of social control.

In the diplomatic realm, Beijing’s representatives often conduct themselves with arrogance, belligerence, or duplicity—hence the characterization of “wolf warrior” diplomacy. Moreover, Chinese diplomacy routinely excuses or implicitly endorses belligerence and/or human rights abuses by other countries, most recently Russia’s monstrous invasion of Ukraine. Beijing’s global activities are clearly aimed in part at undermining U.S. influence and credibility—and the cohesion of the U.S. alliance network—and at expanding the influence and appeal of China’s authoritarian socialist system at the expense of American democracy and values.

In the security realm, China has increasingly conducted coercive and even aggressive behavior in pursuit of its sovereignty claims, both in the maritime realm in the East and South China Seas, and in its land border dispute with India. Many of these activities have been in violation of international law, or of widely accepted principles of freedom of navigation. Beijing’s behavior toward Taiwan in particular has grown increasingly coercive and threatening, fueling fears of war in the Taiwan Strait.

This compilation only skims the surface of China’s multi-pronged global challenge to the United States, and the inherent ruthlessness of the CCP leadership. In short, Beijing is governed by an abominable regime that apparently will stop at nothing in its pursuit of total control domestically and maximal power and influence globally. It thus merits rebuke and denunciation.

So why do I not articulate this more often and as a matter of course? Because it is too easy, rarely productive, and—for those reasons—not cathartic. The CCP regime certainly merits “naming and shaming” for a wide range of reprehensible behaviors, especially in the realm of human rights and in standards of international conduct. And sometimes public censure can lead Beijing to alter or calibrate its actions, especially if the criticism is broad and multilateral. But given the CCP’s tough façade, visceral commitment to its principles (such as they are), and calculus of its international leverage, this usually succeeds only on the margins.

Moreover, simply confronting CCP leaders with protests against Chinese behavior risks replicating Beijing’s own tendency to deliver lists of grievances and demands to other countries—as was reflected earlier this month in Chinese Foreign Minister Wang Yi’s meetings with his American and Australian counterparts. Some observers interpreted Wang’s behavior as Beijing merely posturing for the Chinese domestic audience, with no real intention of improving U.S.-China or China-Australia relations. But Washington’s diplomatic interactions with Beijing are often perceived the same way by Chinese leaders—and perhaps by other countries as well. And focusing exclusively on China’s objectionable activities, however warranted, bypasses—either intentionally or otherwise—acknowledgement of the U.S. side of the equation. The inconvenient truth is that Washington shares some accountability for U.S.-China bilateral tensions, and thus bears some responsibility for taking steps to improve the relationship.

In addition, rote condemnation of Chinese behavior often sidesteps examination of why the CCP regime acts the way it does, which is crucial to developing constructive ways of responding to and shaping that behavior. Some commentators assert that it is simply “in its nature” for the CCP to behave the way it does. There is certainly truth in this, inasmuch as the CCP carries all the baggage of a Marxist-Leninist-Maoist authoritarian party, with its combination of megalomania, neuralgia, and paranoia. But Chinese leadership actions also have other domestic and international drivers, due to China’s unique historical circumstances and the current volatile international security environment—which is attributable in part to what CCP leaders accurately refer to as global “changes unseen in a century.” Washington could benefit from a better understanding of the Chinese mindset through the exercise of some “strategic empathy”—but such an approach is often equated with “sympathy” and is thus preemptively rejected.

Dismissing the Chinese perspective as anathema forecloses any potential for mutual understanding and constructive relations. But that appears to be the judgment and even the preference of critics of engagement with Beijing. They advocate renunciation and abandonment of engagement on the grounds that it has not only failed to transform the CCP and China to our liking but has probably facilitated the regime’s accumulation of wealth and power and influence at the expense of the United States—and thus helped Beijing to advance its authoritarian agenda. In this view, China cannot be shaped in a positive direction, so Washington should stop trying because it is only empowering a nemesis that poses an existential threat to America.

But what is the alternative to engagement, and what are its objectives? Does it have a greater chance of success in advancing American interests and security? What is the basis for judging that it does? It is difficult to see how the plethora of U.S. strategic interests that have long been pursued through reciprocal interaction with Beijing will be advanced if that process is suspended. In this regard, another inconvenient truth is that China’s international leverage relative to the United States has substantially increased over the past generation, so it cannot be ignored or isolated or deemed unacceptable as an interlocutor.

Moreover, if the United States—after decades of disappointment—still aspires to see democratic change in China, it is also difficult to see how merely condemning the CCP regime and minimizing interaction with it could advance that goal. The fact that U.S. engagement has not liberalized China—regardless of whether that was its purpose—does not mean that it can’t. Indeed, the CCP’s persistent fear that engagement might change China should be sufficient reason to sustain it.

This is why mere condemnation of the CCP regime, however justifiable, will have limited utility and success in either liberalizing China or yielding other strategic benefits for the United States. Washington can and should continue to censure Beijing when it engages in horrendous activities and exceeds or violates international norms in its behavior. The United States should also continue bolstering its capabilities and strategies to vigorously resist, deter, and counter Beijing’s offensive actions and agenda. But this must be accompanied by pragmatic and persistent efforts to engage with CCP leaders in pursuit of the full range of material U.S. interests and American security and prosperity. This should also include concerted efforts to better and more accurately understand the Chinese mindset.

Such an approach will inevitably be very difficult and will involve risks and costs. But any alternative approach—especially one that focuses exclusively on competition, confrontation, and condemnation—would probably entail even greater risks and costs and offer little chance of success in reversing the downward spiral in U.S.-China relations.