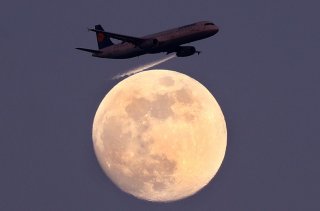 The global economy’s uneven recovery is raising new challenges, including congested ports in the United States, challenged supply chains and slow deliveries to consumers and retailers. In late May 2021, the Executive Director of the Port of Los Angeles stated, “We are in the seventh month of an unparalleled import surge, driven by unprecedented demands by American consumers.” Los Angeles is the largest port in the United States and, together with Long Beach a bit further south, account for around 30 percent of trade entering and exiting the United States. Although the situation at West Coast ports is slowly improving, it is raising concerns about the potential for price increases (read inflation) and pointing to the fragile nature of global supply chains. Add in U.S.-China tensions global supply chains have become a critical issue not only for U.S. economic growth but the world’s economic growth.

What is causing the pressure on U.S. ports? On the economic front, China bounced back first, followed by the United States, while Europe and Japan have lagged. This was driven by two factors: Asian factories resumed their production and the U.S. consumer, stuck at home during the pandemic, decided to buy lots of consumer goods. The surge in ships arriving from Asia put West Coast ports (already hit by the coronavirus pandemic) under stress, which started in November and thus far has continued through into June.

The port situation has been further complicated by the lack of goods heading back to Asia due to the lag in U.S. economic activity. The knock-on effect has shown up in higher prices for various products and left companies scrambling for imported inputs, including semiconductors (other factors are also at work in this sector). Although port congestion is easing, for now, big changes loom for the just-in-time-production model (JIT) and global supply chains upon which it rests.

In the late twentieth century companies in advanced economies adopted a “just-in-time” production model. JIT was attractive as it addressed the challenge of overstocking of warehouses with resources in case customer demand suddenly developed. The downside of this was that companies often kept large inventories, which required space and additional workers. JIT removed the need for large inventories and the staff needed to maintain them.

What was to help make JIT work was the development of global supply chains that met the need for rapid and reliable sourcing of inputs. Ultimately what developed was a system of flexible and secure input sources throughout a trans-national company’s global network to maximize profit and minimize waste. At the same time, global supply chains allowed American companies to establish production facilities in countries where the cost of labor was cheaper and work regulations were often lax compared to the United States. The advent of e-commerce and digitalization only heightened the attraction of a rapidly functioning supply chain.

The model worked well through the first decade of the twenty-first century. However, it began to lose its allure when labor costs increased in Asia and Latin America, the 2008–09 Great Recession made many question the value of globalization, and a nativist populism gives impetus to protectionism. The coronavirus also put the JIT and global supply chains under pressure.

While the consumer remains king in the U.S. economy, the Biden administration appears to be just as protectionist as the Trump administration, maintaining major tariffs and pushing U.S. businesses to return their production facilities to the U.S.1 Another factor is that as the Biden administration pushes a green economic policy, shipping, which forms the core element of the global supply chain, is one of the world’s most polluting industries. According to the Financial Times, 90 percent of trade is seaborne. Making shipping green has significant costs, which raises questions over the impact on shipping charges and how these costs get eaten by retailers.

Another important factor in the shakeup of global supply chains is that the United States and China have embarked upon a drift into a new Cold War, marked by a degree of economic decoupling. The Biden administration appears as equally focused on China as the previous administration, casting it as an authoritarian state-capitalist-driven alternative model determined to reshape the liberal international order. Indeed, the first meeting between high-ranking officials in Alaska was described as “frosty” and indicated that there will be no immediate reset in relations. This does not bode well for supply chain dynamics.

The geopolitical issue also hangs over who controls U.S. ports. A large number of U.S. ports are controlled by foreign companies, including China’s COSCO, a global port-owning and shipping company. China, through its various companies, owns or is supported by Chinese investments at least two-thirds of the world’s container ports, up from roughly 20 percent a decade ago, according to the 2019 Congressional testimony of Carolyn Bartholomew, chair of the U.S.-China Economic and Security Review Commission. These investments include terminals at major U.S. container ports in Los Angeles and Seattle.

Sensitivity to foreign control of U.S. ports has been an issue before. In 2006, a company owned by the government of the United Arab Emirates sought to purchase six U.S. ports, which became a major political flap. For a brief period, there was a focus on who owned parts of U.S. ports, before that interest faded in a busy era of trade. That said, Chinese companies have since become active in obtaining terminals in major ports in the United States as well as gaining control of both ends of the Panama Canal. In 2019, U.S. security concerns forced Orient Overseas (Hong Kong-based), which is majority-owned by COSCO, to sell its American container port at Long Beach. The assets were sold to a consortium led by Macquarie Infrastructure Partners for $1.78 billion. If the drift to a new Cold War continues Chinese ownership of ports, a critical piece of infrastructure could become a deeper national security concern.

The congestion in U.S. ports appeared to have peaked in February when forty ships were left waiting to be unloaded at Los Angeles-Long Beach. The number has now fallen to a more manageable sixteen. West Coast port authorities hope to have the shipping backlog dealt with by August when retail buying for the Christmas season usually begins.

The port issue is important as a number of retail chains are already feeling the pressure to restock. After all, chains from Costco to Dollar Tree have warned in recent days that port congestion is raising freight costs and lengthening the time it takes to bring goods into the U.S.,” according to the Financial Times. This is showing up in inventory coverage which has fallen to a low ratio of 1.1 per month, the lowest level since 1992.

The big question is what happens if the port situation continues to be problematic? Many companies have already moved up their orders for the holiday season to avoid a potential supply crunch later in the year. The longer the problem remains the greater the chance there is for companies passing on the costs of higher transportation to customers, which is showing up as something to watch at the Federal Reserve. The U.S. central bank has promised to maintain low-interest rates, but it is no doubt aware of the pressure that could come from shipping. Companies have been reluctant to make any major price rises, but it is likely as inventories remain under pressure and the holiday sales loom closer, they will begin to test what kind of price traction they have with consumers.

One last factor hanging over the ports and supply chains is the possibility of an unexpected event, like the Suez Canal being closed by an accident that occurred in March 2021. It was estimated by Lloyd’s List that that ship blockage in the Suez Canal held up roughly $9.6 billion of goods each day. Other global chokepoints potentially vulnerable to closure include the Bab-el-Mandeb strait through which shipping traverses from the Indian Ocean and on through the Red Sea to the Mediterranean via the Suez Canal and the Strait of Hormuz which always figures large in global energy geopolitics.

Looking ahead, the likelihood is that 2021 will be a challenging year for supply chains and the retailers that depend upon them. The pressure on supply chains could last through the summer and into the Chinese New Year in February 2022. Although there is an improvement in ships being processed on the West Coast, risks remain. Indeed, “the supply chain right now is extremely fragile and I think we cross our fingers and hope we can get enough time without any more significant events,” to quote Brian Whitlock, a senior director research analyst at global research and advisory firm Gartner. If nothing else, there is a serious rethink of JIT and global supply chains and their vulnerabilities, with growing concern as to their impact on the U.S. economy. The issue of foreign ownership of key U.S. infrastructure is likely to become more of a factor as Americans further reassess their relationship with China.