The Coronavirus and the European Economic Challenge 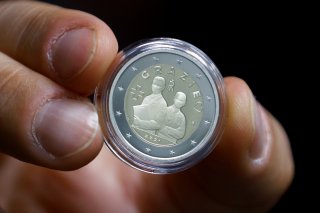 With the Eurozone now in the midst of a second coronavirus surge, one economic prediction for the year ahead can be made with a considerable degree of confidence.

In 2021, the Eurozone will be involved in an even greater struggle to keep the Euro from tearing apart than it was during the 2010 Eurozone sovereign debt crisis. It will do so as the economic divergence between its richer and poorer member countries grows at an even faster rate than it did over the past decade.

Even before the coronavirus pandemic struck, the Eurozone was characterized by a growing economic divergence between its prosperous northern-member countries and its economically challenged southern-member countries. This can be illustrated by contrasting Germany and Italy’s economic performance over the past decade. Whereas by the beginning of 2020 the German economy was some 12 percent above its pre-2008 Great Economic Recession peak, Italy’s economy was yet to regain that peak.

A large part of the past divergent economic performance between Italy and Germany owes to the Euro and to the fact that a highly indebted Italy was forced to engage in a prolonged period of budget austerity whereas Germany was not. Being stuck in a Euro straitjacket, no longer could Italy depreciate its currency to offset the negative economic effects of the budget austerity policies it was forced to adopt to restore order to its public finances. It also did not help matters that a sclerotic Italian economy could no longer restore its international competitiveness against a highly productive German economy through currency depreciation as it routinely did before joining the Euro.

The immediate way by which the coronavirus pandemic is now increasing the economic divergence between the Eurozone’s Southern and Northern member countries is by impacting these two economic areas in markedly different ways. Europe’s Club-Med countries, like Greece, Italy, Portugal, and Spain, all have very tourist-dependent economies in a way in which Germany does not. According to the IMF, the coronavirus has devastated the tourist industry, which has caused both the Italian and Spanish economies to have contracted by more than 10 percent in 2020. Meanwhile, the German economy is estimated to have contracted by only around half that amount.

The more long-lasting damage that the coronavirus pandemic now will have done to the Eurozone’s Southern member countries is that it will have put those countries’ public finances on an even more unsustainable path than they were before. Italy provides the clearest illustration of this point. Not only has the pandemic caused the Italian government’s budget deficit to balloon to around 10 percent of GDP. It has also caused the Italian public debt to GDP ratio to skyrocket to more than 160 percent or to its highest level in the past 150 years.

The European Central Bank (ECB) is presently keeping the Italian and Spanish economies afloat by standing ready as needed to buy an unlimited quantity of their governments’ bonds. However, it is most unlikely that the ECB will continue to do so indefinitely without requiring that these countries engage in budget belt-tightening to repair their battered public finances.

These countries’ past unfortunate experience with budget belt-tightening while stuck in a Euro straitjacket could very well mean that they have yet another lost economic decade ahead of them. That, in turn, could mean that in the years immediately ahead, the already large economic divergence between the Eurozone’s northern and southern member countries will only become more accentuated.

If the experience with the 2010 Eurozone sovereign debt crisis is anything by which to go, then we should anticipate that the relatively poor performance of the Eurozone’s economic periphery will usher in a further period of economic and political instability.

One way by which that instability could be defused would be for the Eurozone to move to a full-fledged political and fiscal union that might make the Euro a more viable currency than it is today. However, judging by the repeated reluctance of the Eurozone’s frugal Northern member countries to move in that direction, I would not recommend holding one’s breath for that to happen.