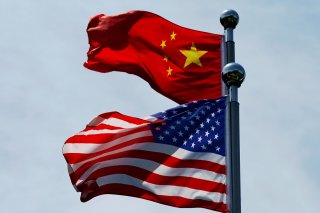 Over the last four years, President Donald Trump has cut the budget for America’s global engagement and canceled a year’s worth of study abroad and service programs due to the coronavirus pandemic. President Joe Biden must now make it his agenda to rejuvenate U.S. international educational and cultural programs for the sake of national security and American prestige around the world. International exchange programs—like the flagship Fulbright, Humphrey, and AFS programs—are a critical element of the American “soft power” arsenal and a method of producing global leaders and goodwill ambassadors that have an enduring impact on our foreign policy imperatives and national security posture.

In his insightful article, “Squandering the US ‘Soft Power’ Strategy,” Harvard Professor Joseph Nye, who coined the phrase “soft power,” forcefully argued that beyond the “rhetoric about promoting democracy and freedom” through public diplomacy, the United States must adequately fund “the State Department’s educational and cultural exchange programs.” Without fully integrating these programs into the foreign appropriations budget, the much-needed global alliances to advance Biden’s foreign policy agenda will falter, leaving the United States behind in the emerging world order led by China and its well-funded public diplomacy initiatives like Confucius Institutes.

To rise like an American phoenix from the ashes of a twice-impeached president’s legacy of “American carnage” of racial violence at home and assassinations abroad, the time has come to rebirth a new U.S. soft-power strategy. In his inaugural address, Biden pledged to make the United States “the leading force for good in the world” and “not merely by the example of our power but by the power of our example.” To win the hearts and minds of the world, the Biden White House needs robust international educational and cultural programming at the State Department and other agencies that build a long-lasting foundation in achieving security at home and goodwill abroad.

The Seeds for Alliance Building

These programs are a critical ingredient of soft power and alliance building. In his fact-finding book, Cultural Exchange and the Cold War, veteran U.S. diplomat Yale Richmond stressed the crucial role that “Soviet contacts and exchanges” played in ending “the Cold War and the collapse of communism.” The American Sovietologist, who negotiated “fourteen intergovernmental agreements,” later summarized his study that “some fifty thousand Soviets visited the United States under various exchange programs between 1958 and 1988. They came as scholars and students, scientists and engineers, writers and journalists, government and party officials, musicians, dancers, and athletes—and among them were more than a few KGB officers. They came, they saw, they were conquered, and the Soviet Union would never again be the same . . . these exchange programs (which brought an even larger number of Americans to the Soviet Union) raised the Iron Curtain and fostered changes that prepared the way for Gorbachev’s glasnost, perestroika, and the end of the Cold War.” With supporting evidence, the American diplomat concluded that the “exchanges in culture, education, information, science, and technology [which] were conducted by the United States . . . at a cost that was minuscule in comparison with U.S. expenditures for defense and intelligence” were the forces that increased “Western influence among the people in Russia who count—the intelligentsia.”

Unfortunately, cultural diplomacy has now fallen out of fashion in the United States. As a result, American soft-power capabilities have been damaged globally during the years of noxious “America First” policy. The decline in cultural diplomacy stems not from a lack of student interest in studying abroad. Rather, it came from the Trump administration, which weaponized the term “patriot” to mean a person who loves and supports their country so xenophobically that they vilify any person or country seen as “other.” Nye has pointed out that “armed forces aren’t the only power America projects. Its values stir admiration around the globe. But they’re taking a beating in the White House” owing to Trump’s “illiberal nationalism” and isolation of foreign allies.

American centrism escalated after Trump centered his presidential campaign on a Muslim ban, calling for “a total and complete shutdown of Muslims entering the United States” in December 2015. It reared its ugly head again in January 2018 during deliberations over a bipartisan immigration bill in which Trump referred to Haiti, El Salvador, and African nations as “shithole countries.” It continued throughout 2020 with Trump’s insistence on blaming China for the coronavirus, branding it the “China virus” or the “kung flu.” His supporters have adopted his attitude, donning shirts with anti-Semitic messages like “Camp Auschwitz” and the insignia “6MWE”—meaning “six million Jews weren’t enough”—at the infamous attack on the U.S. capitol on Jan. 6, 2021.

Trump’s toxic “America First” doctrine left the United States with an all-time low for its image, prestige, and credibility abroad. With a new administration in Washington, there is renewed hope for Biden to rebuild American “soft power” through a commitment to much-admired international education and cultural programs—the shining jewels on the Capitol City upon Jenkins Hill.

The Resilience of Americanism

Despite the Trump administration’s contempt for cultural diplomacy, the number of students choosing to study overseas has steadily increased every year since 2016. In the academic year 2015–16, over 325,000 American students participated in study abroad programs mainly in Europe, Asia, and Latin America. This number grew to more than 347,000 students during the 2018–19 academic year, marking an almost seven percent increase. The latest available statistics still represent less than two percent of all U.S. students enrolled in higher education programs. The limited number of students studying overseas is due to the meager amount of federal study abroad scholarships available as the burden of financing hovers around $18,000 per semester and a hefty $36,000 for an annual program. Indeed, students have demonstrated a clear interest in enriching their global education experience, which is far from the likes of the “America First” doctrine. It is time for the Biden White House to invest in global education to lead the world again.

Even with a steady annual increase, the number of students studying abroad in the United States still pales in comparison to other countries. China is the largest producer of international students, sending over 662,000 students abroad in 2018. In 2019 alone, China dispatched more than 369,000 students to the United States, which was 22,000 more students than the total number of American students studying abroad. Beijing is arguably Washington’s biggest competitor in the race to the top of the global order. In strategic hindsight, the Trump White House has presented China with a vacuum of “soft power” to create alliances by deemphasizing international education programs—a lasting tragedy to “Make America Great Again.”

As a reactionary approach to dealing with the soft-power implications of Chinese international education programming, two Republican Senators, Ted Cruz of Texas (a Canadian-born but a naturalized U.S. citizen) and Marco Rubio of Florida (a son of Cuban immigrants) successfully eradicated Confucius Institutes from nearly all U.S. universities in 2019. While Confucius institutes were accused of allegedly promoting propaganda, they did provide scholarship opportunities for American students to study Chinese language and culture. The United States promises democratic values, educational prowess, and the “great American” melting pot of all cultures. However, these two senators with their professed intercultural literacy have not yet developed a proactive, soft-power approach to compete with Confucius institutes and other Chinese driven international education programs.

China even developed two Rhodes scholarship-like programs for which the United States has no comparison. The Yenching Academy of Peking University and the American billionaire-funded eponymous Schwartzman College at Tsinghua University in China fully-finance graduate degrees for international students and provide opportunities for cross-cultural communication by blending classes of domestic Chinese students with American and other international students. Similarly, in the European Union and its partner countries, the massive Erasmus+ program is designed to support not only European students but also many others around the world. Its budget of over $18 billion (€14.7 billion) provides opportunities for over four million Europeans to study, train, and gain experience abroad in 2020. By comparison, the United States—in the number of American students studying abroad and the amount of human-resource development funding for the young generation—can hardly be a competitive global leader in the near future.

With enormous investments, both Chinese and European exchange programs have outstripped the United States. Washington allocated way less than $1 billion in 2020 for international education and cultural programs at the State Department. In fact, the actual amount enacted by Congress was just $730.7 million. Meanwhile, the “America First” Trump White House requested an amount less than $400 million in 2020—a radical measure to undercut Republican ideals in education and authentic Americanism. The White House Office of Management and Budget, which underestimated the power of public diplomacy in international education, also failed to recognize that one million international students at U.S. colleges and universities contributed nearly $41 billion to the American economy, employing more than 458,000 jobs during the 2018–19 academic year. In this case, Trump’s restriction on foreign students and accompanying immigrants was counterproductive to Trump’s “MAGA” agenda in domestic employment.