Is This the End of Azerbaijan? 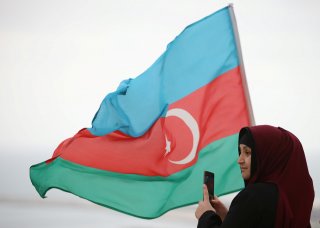 When Armenian prime minister Nikol Pashinyan accepted a ceasefire on Nov. 10, 2020, Azerbaijan president Ilham Aliyev had reason to feel triumphant. He reversed the territorial losses suffered by his father, Azerbaijan’s former president, at the end of the first Nagorno-Karabakh War. He had successfully fooled the United States by committing to diplomacy in exchange for cash and military aid only to then launch a surprise attack to achieve militarily far more than he might have diplomatically. He also cemented his own power: By transforming himself into an indispensable ally for Turkish president Recep Tayyip Erdoğan and Russian president Vladimir Putin, he may calculate that they will preserve his power in Azerbaijan should there be any significant unrest, much as Putin has spared no effort to protect Russian interests by propping up Syrian president Bashar al-Assad.

Armenia lost the war and Aliyev won. But Azerbaijan also lost. Azerbaijani flags may fly over Shusha, also known among Armenians as Shushi, and Kalbajar, but Aliyev’s victory comes at the expense of Azerbaijani independence. In order to cement personal power and the likely guarantee that his wife and son will succeed him, Aliyev has sold out Azerbaijani sovereignty.

Russian troops are now in Azerbaijan. In both theory and reality, they are enforcing a ceasefire between Azerbaijan and Armenia, but the re-insertion of Russian forces in the region has also been Putin’s longstanding goal as step-by-step he appears to return all former Soviet states to his fold. Perhaps Aliyev felt confident accepting Russian troops because they cemented the gains he and Turkish forces achieved during the war, but Aliyev forgot that while Russian troops are quick to enter, they seldom exit.

The Turks, too, are unlikely to leave Azerbaijan. Azerbaijan’s war aim was Nagorno-Karabakh and the surrounding Azeri districts, which Armenia had taken in the 1988—1994 war. But Turkey’s motivation was different. Erdogan and the military’s intellectual drivers like Doğu Perinçek have long embraced pan-Turkic ambitions to link Turkey culturally, economically, and politically with Azerbaijan and Turkic states of Central Asia. Driving from Ankara’s Esenboğa Airport into town, visitors pass a roadside mural decorated with the flags of Turkic republics from Azerbaijan to East Turkestan, as pro-independence Chinese Uighurs call it. Armenia, however, is an impediment to Erdoğan’s grand ambitions as it (and Georgia) physically separate Turkey from the Turkic republics. The ceasefire agreement not only reportedly gave Turkey a corridor through Armenian territory (although the mechanisms of that road remains unclear), but Turkey will also send troops to a joint Turkish-Russian monitoring center. Turkish special forces are in Baku, and Turkish F-16 jets remain stationed at Azerbaijani bases. Aliyev may look at Erdoğan as a friend but Erdoğan sees Aliyev as the means to an end.

Finally, there are the Syrian mercenaries. Turkey facilitated their transport into Azerbaijan, and Aliyev welcomed their contribution. Now, however, it is unlikely Aliyev has the ability to force their exit, even if he wanted to do so. Just as Turkey was able to direct the mercenaries’ fire against Armenians, they could just as easily utilize them to target any Azeris who oppose Turkey’s aims.

Azerbaijan first won independence in 1918, but that lasted a mere twenty-three months as Russian forces moved in on Azerbaijan’s oil-rich territory. The dissolution of the Soviet Union gave Azerbaijan a second chance. The Supreme Council of the Azerbaijan Soviet Socialist Republic declared Azerbaijan’s independence on Oct. 18, 1991, a move subsequently confirmed by referendum. While this period of independence has lasted considerably longer, the end result is the same: foreign troops on Azeri territory answering not to Baku but rather to the Kremlin and the Ak Saray. Azeris may celebrate Nov. 10 as the date of their victory over Armenia in the 2020 Nagorno-Karabakh War but, when the heady days of celebration recede, they may just realize it marks the beginning of the end to true Azeri independence and the beginning of the country’s subordination to Russian and Turkish suzerainty.