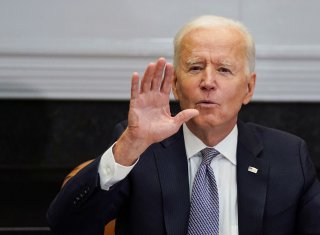 President Joe Biden successfully rounded up support from U.S. traditional allies and pointed them at a common target during a recent trip to Europe. This demonstrated that democracies can outperform authoritarian regimes in delivering both economic prosperity and political freedoms. Biden sought to reduce Russian meddling in U.S. affairs. Also, he sought to focus the dialogue at the G-7 summit, NATO and the European Union on a more significant problem: strategic competition with China for global political and economic high ground.

Biden essentially reminded U.S. allies that China is using its Belt and Road Initiative to enrich itself, corrupt the political and business norms of its partners, and replace the open, rules-based, economic and trade regime organized by America and its allies with Beijing’s model of state-backed corruption and dependence. That is why Biden has been pushing hard at home for his ambitious economy-building program, he also prodded allies to offer a democratic alternative to China in terms of infrastructure and economic development aid to other nations.

Re-imagining U.S. critical supply chains is a common thread running through economy-rebuilding at home, strengthening the shared democratic alliance of nations, and checking China’s efforts to assert its model of authoritarianism. There is no more powerful lever to achieve these goals than by rewiring supply chains by selectively leaning into our trade and co-production relationships with friends and allies we trust—what we call “ally-shoring.”

When the pandemic exposed America’s vulnerabilities to supply interruptions in areas ranging from medical equipment to semiconductors, it garnered urgent attention to ensuring U.S. supply chains are more resilient and reliable. The supply chain should not render the United States vulnerable to exploitation by China or any other state actor. Supply chain vulnerabilities prompted U.S. citizens and U.S. allies to call for “domestic sourcing” critical components.

The United States and its allies would benefit from increased domestic production of critical supplies and other high-tech products in emerging sectors where it wants to be a leader. These areas include renewable energy, biotechnology, artificial intelligence, and the high-paying jobs that go along with them. But the United States cannot get there by working alone. It may not be entirely realistic to pivot supply chains back to the United States, especially when it relies on components and materials from many parts of the world. For example, Biden highlighted this topic as it relates to electric vehicles during a recent trip to Michigan. But there are certain requirements that must be met before the United States can make more of these vehicles and benefit from an increase in good-paying jobs. It will need lithium from friendly countries in South America to make the batteries for the electric vehicles. The semiconductors for them are currently being made by South Korea and Taiwan.

Just before Biden’s trip to Europe, his administration announced its strategy for supply chain resilience. The rhetoric surrounding the announcement focused on how partnering with allies was the most realistic and effective path toward ensuring that U.S. supply chains were never again as vulnerable as they were during the pandemic era. “It would neither be feasible nor advisable to reshore all supply chains to the United States . . . . [Instead, there] will be a much more dedicated focus to work with our partners and our allies around the world, to make sure we have access to products from countries that share our values and our economic systems,” National Economic Council Director Brian Deese told National Public Radio.

Ally-shoring recognizes the useful interdependencies of the global economy such as the reality of globalized information and supply chains. It does not suggest that the United States will have no economic engagement with China. Ally-shoring simply leans into the relationships the United States has with those it trusts and who share democratic values as well as a commitment to a rules-based economic system. By centering economic and trade relations with U.S. allies, the United States can drive a more powerful collective recovery, facilitate larger-scale economic activity and the good-paying jobs that go with them, and strengthen democracy abroad.

That’s how the United States can win the competition between democracy and authoritarianism.

Elaine Dezenski is a senior advisor at the Center on Economic and Financial Power at the Foundation for Defense of Democracies and Chief Growth Officer at Blank Slate Technologies.

John Austin directs the Michigan Economic Center, and is a Nonresident Senior Fellow with the Brookings Institution and the Chicago Council on Global Affairs.