The Fall and Rise of the Coronavirus Chinese Lab Leak Theory 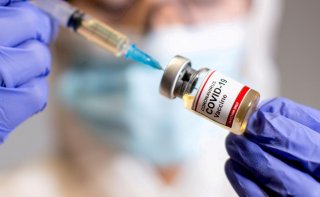 The theory that the coronavirus escaped from a lab at the Wuhan Institute of Virology (WIV) has seized a commanding position in the evolving debate about the source of the pandemic and accountability for the failure to contain it. The fact is that the lab leak explanation is no more likely than it was a year ago, notwithstanding the recent revelation of circumstantial evidence to support it. But the political and diplomatic reasons to advocate and/or believe the lab leak theory are riding roughshod over scientific logic and evidence.

When the coronavirus first emerged in the United States in early 2020, so did speculation that the virus—rather than developing and spreading wholly naturally—accidentally leaked from the WIV. This theory was downplayed or marginalized by many observers because most scientific experts deemed it more likely that the virus emerged naturally, and because the lab leak theory was linked to US politicians who were seen to be promoting it as a way to vilify China and/or shift attention and blame from the Trump Administration’s poor response to the pandemic. The lab leak theory was further tainted because some of those politicians went further to suggest without evidence that the virus was developed as a biological weapon and perhaps even released intentionally.

Over the past several weeks, however, the lab leak theory has gotten renewed attention because of several cumulative developments. The first was the 30 March release of the findings of a World Health Organization (WHO) team that had visited China to investigate the origins of the virus. The team judged the lab leak explanation “extremely unlikely,” but widespread and legitimate concerns about the restrictions imposed upon the investigation by Chinese authorities generated much skepticism about this judgment. WHO Director-General Tedros Adhanom Ghebreyesus has noted that “no single research trip can provide all the answers.” He even said that “all hypotheses remain on the table” and “we must continue to follow the science and leave no stone unturned” in the search to determine the origin of the virus. The WHO calls for further studies, data on the origin of SARS-CoV-2 virus, reiterates that all hypotheses remain open More recently, a series of media articles highlighted reports that at least three employees at WIV had been hospitalized with flu-like symptoms in November 2019—a month before the spread of the coronavirus started to become apparent—and growing information about the nature and scope of research at WIV, including risky experiments with virus variants and WIV’s links to the Chinese military and bioweapons research.

These reports coincided with revelations that the Biden administration had ended a State Department inquiry into the origins of the coronavirus—which had been launched late in the Trump administration by then-Secretary of State Mike Pompeo—because of concerns about the analytical objectivity and political motivations of the investigation. A Pompeo-led effort to hunt down coronavirus lab theory was shut down by the Biden administration over concerns about the quality of evidence. The inquiry reportedly was conducted with selective use of evidence and without the involvement of relevant technical specialists from within the State Department or the broader Intelligence Community. Pompeo’s State Department nonetheless issued a “Fact Sheet” in January—five days before Trump left office—highlighting the reported November 2019 illnesses at WIV and the lab’s problematic research activities.

This series of events ultimately prompted Biden last week to direct the U.S. Intelligence Community (IC) to “redouble their efforts to collect and analyze information that could bring us closer to a definitive conclusion” on the origins of the coronavirus. Biden acknowledged that the most recent IC assessment had revealed a lack of consensus among relevant agencies on whether the virus might have leaked from a lab: one IC agency was inclined to think so, but did not have high confidence in that judgment; while most agencies “do not believe there is sufficient information to assess one [explanation] to be more likely than the other.”

Several key points have been obscured by this flurry of developments. The first is that the lab leak theory has always been plausible, and always demanded a full and thorough investigation—more than it has gotten to date. But the issue became politicized because the Trump administration chose for political and diplomatic reasons (and without conclusive evidence) to suggest or at least imply that the WIV leak theory is the most likely explanation of the origin of the coronavirus. This effort has persisted since Trump left office, with his partisan supporters and erstwhile officials from his administration continuing to make the case from other platforms. Devin Nunes, the ranking Republican member on the House Intelligence Committee, released a unilateral Republican report citing “significant circumstantial evidence” to support the lab leak explanation (mostly the same information contained in the Pompeo State Department’s “Fact Sheet”). Another senior Trump administration official recently said in an interview that “People a year ago who said this probably came from nature [and] it’s really unlikely it came from a lab—maybe a year ago that kind of statement made a lot of sense because that was the more likely scenario. But we haven’t found the true source of this virus.”

This does not follow the rules of evidence and logic. The lack of proof to date of a natural origin for the coronavirus does not make the alternative explanation more likely. It only affirms the previously recognized plausibility of the lab leak theory. And so far all of the evidence to support the latter theory remains circumstantial. Moreover, it remains unclear whether the WIV employees who were hospitalized in November 2019 actually had the coronavirus, and if so whether they contracted it at the lab or brought it there from the Wuhan population at large. In any event, any evidence that “patient zero”—yet to be determined, if it ever will be—predated November 2019 and had no connection to WIV would undermine if not negate the lab leak theory. But the process of confirming a natural origin for the coronavirus could take years, thus allowing the lab leak theory to persist (unless that theory itself is somehow proven or disproven).

Another premise that has confused the debate is the notion that Beijing’s resistance to a more thorough investigation lends support to the lab leak theory. But China may be hiding something other than evidence or knowledge of a lab leak. Even if the virus spread naturally, China’s leaders almost certainly are aware of lapses in reporting and accountability, excessive bureaucratic caution, perhaps incompetence, or other systemic reasons for the delay in Beijing’s detection and warning of coronavirus—beyond the challenges that any country would face in early detection of a new virus. The Communist regime in Beijing is obviously not one that welcomes public exposure of its flaws and systemic problems. And given China’s visceral determination to overcome a long history of real or perceived assaults on Chinese sovereignty, the regime is especially not interested in having foreigners deployed into the country to shine a spotlight on those flaws and problems. All the more so when calls for a thorough investigation are being driven in part by a partisan agenda in the United States and a clear desire to blame Beijing for the pandemic. Under these circumstances, Chinese leaders are predictably reverting to authoritarian form in an effort to control the narrative and conceal Beijing’s mistakes. This, of course, only lends credence to the worst-case explanations, and Beijing has itself to blame for that.

Finally, the involvement of the U.S. intelligence community in the coronavirus issue overlooks the fact that the origin of a virus is not a traditional intelligence question or one that lends itself to the IC’s comparative advantages. It is a scientific question requiring an expertise that generally has not been concentrated in the IC. Accordingly, Biden’s recent directive for an IC inquiry was correct in stipulating that the effort “include work by our National Labs and other agencies.” If the coronavirus leaked from WIV, the IC might uncover evidence of relevant activities at the lab, or of Chinese communications or deliberations that corroborate or even confirm the theory. But if the virus emerged in nature, it is highly unlikely that the IC will be the primary source of any such confirmation, because that explanation involves scientific mysteries to be solved rather than secrets to be exposed. Consequently, no one should expect the IC to provide the “definitive conclusion” aspired to in Biden’s directive.

It will also be important to guard against politicizing the Intelligence Community itself on the coronavirus issue, as the Trump administration attempted to do. Trump’s Director of National Intelligence (DNI) reportedly contributed to the State Department “Fact Sheet” on the Wuhan lab, but almost certainly in part to support advocacy of the lab leak theory—not necessarily to provide a balanced and objective assessment of the alternative explanations. Indeed, Biden’s DNI—by highlighting the range of views, suboptimal confidence levels, and uncertainty within the IC regarding the origins of the coronavirus—has retreated somewhat from her predecessor’s characterization of the IC position. But it appears that Trump’s DNI and other Trump loyalists were—and still are—engaged in efforts to exaggerate the volume and conclusiveness of the circumstantial evidence of the lab leak theory. And multiple commentators continue to imply or assert that “intelligence reporting” has moved closer to confirming that theory. It has not. Instead, it is more likely that advocates of the lab leak theory are trying to claim an IC imprimatur for their views, putting the burden on the IC to validate them, and hiding behind intelligence source protection to conceal the lack of clarity or reliability in the evidence.