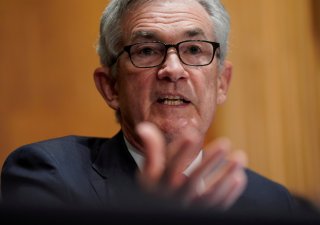 Both the Fed and the ECB are dismissing today’s higher than anticipated inflation as the result of temporary supply chain and labor supply shortage problems that will soon dissipate. By so doing, they are discounting the real possibility that these supply problems might prove to be very much longer-lasting than they anticipate as is now being suggested by the havoc to Asian supply chains being caused by the Delta variant of the coronavirus. They also discount the possibility that in the context of strong economic recoveries, the unusually expansive monetary and fiscal policy mix on both sides of the Atlantic might soon lead to economic overheating and higher inflation.

After many years of massive bond-buying by both the Fed and the ECB, turning off the monetary policy spigot would not be without considerable financial market risk. This is because years of money printing by the world’s major central banks have created an “everything” equity, housing, and debt market bubble both in the United States and abroad. In addition, it has seen a vast amount of capital flowing from the advanced economies to the emerging market economies that have not always been put to good use.

For Powell, the main risk of a Fed policy tightening is that it could be the trigger that bursts the domestic equity and housing market bubbles that have been premised on the assumed maintenance of ultra-low interest rates indefinitely. Similarly, as IMF Chief Economist Gita Gopinath reminds us, Fed policy tightening could also cause an emerging market debt crisis if the emerging markets were to experience the same sort of taper tantrum that they experienced in 2013 when global borrowing costs last rose. With their very weak public finances, they would be in no position to weather a capital flow reversal.

An added risk for Lagarde from monetary policy tightening is that it could bring in its wake another round of the European sovereign debt crisis. If the ECB were to put an end to its present bond-buying program, then it would no longer be able to continue buying as it is presently doing all of the debt that the Italian government is issuing. That would almost certainly cause markets to focus on the un-sustainability of Italy’s public finances especially at a time that Italy’s public debt to GDP ratio is at an all-time record high and its budget deficit has seldom been higher than it is today.

One has to hope that Powell and Lagarde are proved to be right in thinking that today’s supply chain problems are but a passing phenomenon. If not, then Americans should brace either for a period of higher inflation in the event that the central banks do not tighten policy or else for a period of global financial market turbulence if they are forced to turn off the monetary policy spigot to contain inflation.