Jerome Powell Is Behind the Inflation Curve 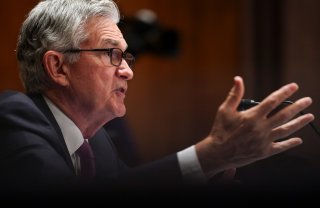 This week’s inflation numbers were again considerably higher than either the Federal Reserve or the markets had predicted. Indeed, no one seems to have predicted that over the past year, core inflation, which excludes the volatile food and energy components of the price index, would be increasing at its fastest pace in the past thirty years. Additionally, these markets did not predict that over the past six months, inflation would be running at an annualized rate of over 7.5 percent.

Despite consistently underestimating inflation, Powell doggedly sticks to his view that it is too early for the Fed to start dialing back on its easiest monetary policy stance in more than a decade. In his view, it would be premature for the Fed to start tapering its $120 billion monthly purchases of U.S. Treasury bonds and Mortgage-Backed Securities. It goes without saying that Powell believes that it would be far too early to think about raising interest rates.

By falling behind the inflation curve, Powell heightens the chances that our currently high inflation rate will prove to be anything but transitory. One way that he does so is by raising the chances that households will soon spend the $2 trillion, or around 9 percent of GDP, in excess savings that they are estimated to have built up during the pandemic’s lockdown phase. With households now expecting prices to increase by close to 5 percent, according to a New York Federal Reserve survey, they must be expected to advance their purchases ahead of the anticipated price increases.

In normal times, the release of such a massive amount of household pent-up demand would in and of itself pose the risk of economic overheating and higher inflation. However, these are anything but normal times in terms of the massive amount of policy stimulus that the economy currently is receiving. Not only is monetary policy in a highly accommodative gear. Fiscal policy is also now providing the economy with its largest peacetime budget stimulus on record. With so much policy stimulus on hand, if it is to avoid sustained inflation, the last thing that the U.S. economy needs is the rapid drawdown in household savings.

Another way that Powell’s policy inaction heightens the risk that inflation will become entrenched is by effectively lowering inflation-adjusted borrowing costs. If borrowers know that they can borrow today at low-interest rates with good money but only have to pay later in inflation-eroded dollars, then they will have every incentive to go out to borrow and spend. At a time that the economy risks overheating, more borrowing and spending is the last thing that the Federal Reserve needs.

One more way that the Fed’s seeming indifference to rising inflation could make that inflation enduring is by adding to labor costs. At a time when companies are experiencing the greatest of difficulties in attracting workers, one would think that they would have to offer higher wages to attract labor if those workers feared that their wages would soon be eroded by higher inflation. If past experience with inflation is any guide, then once wage increases start accelerating, inflation becomes all the more difficult to tame.

After many years of painstaking research, Milton Friedman famously concluded that monetary policy operates with long and variable lags. By this, he meant that it takes time for monetary policy action to have any economic effect. With inflation pressures now mounting, Powell would do well to pay heed to Milton Friedman’s teaching if he hopes to spare us from a prolonged period of high inflation.