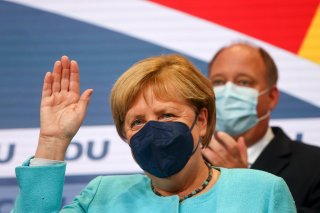 Just a few years ago, the Social Democratic Party of Germany (SPD) was all but left for dead. Its political demise was attributed to a loss of identity after years as a junior partner in a Grand Coalition with Chancellor Angela Merkel’s Christian Democratic Union of Germany (CDU) and the Christian Social Union in Bavaria (CSU).

SPD’s miraculous turnaround to win the federal elections on Sunday is quite incredible. As late as June, SPD was polling a mere 15 percent, trailing the Greens Party by 6 percent and the CDU/CSU by 12 percent. The question now is whether the election was won by SPD won or merely lost by Armin Laschet, the CDU/CSU candidate.

By any measure, it was a very bad day for CDU/CSU. It was their worst electoral outcome since the end of World War II. Even Merkel’s former constituency flipped to SPD.

The Greens came in third, a seemingly successful election night. Yet this showing disappointed the Greens. Just a few short months ago they believed they’d do far better. Of the result, Greens leader Annalena Baerbock lamented: We wanted more and we didn’t get it.

Still, the Greens can find consolation in the fact that they were the top choice of voters aged eighteen to thirty-four and seem assured a place in the next coalition government. The Free Democrats (FDP), too, were popular with Germany’s youngest voters, now appear similarly poised for an outsized say in the makeup of the next chancellery.

According to exit polling, the top issues which drove voters’ choices were the social safety net, pensions, climate change, the economy, and, finally, government handling of the pandemic. But this wasn’t really an issue- or platform-driven election; it was all about personality.

Laschet was unpopular, even among members of his own party, and a series of gaffes during the campaign lowered his ceiling even more. Today, many faithful party members are wondering whether things would have been wildly different had they run the far more popular Bavarian Premier Markus Söder of the CSU instead.

The SPD’s Olaf Scholz, on the other hand, is far more popular than either Laschet or the Greens Baerbock (who also was plagued by missteps during the campaign). A known entity, Scholz is viewed as competent, safe, a steady hand at the helm.

German voters didn’t necessarily vote for SPD because they preferred its party platform to those of the other candidates. Many seem to have voted for Scholtz, the man.

In the campaign, Scholz made himself synonymous with continuity. It now is clear Scholtz rather than Laschet succeeded in presenting himself as Merkel’s natural heir, even copying her style in debates and campaign posters. Ultimately, around two million Germans who voted CDU/CSU in 2017, switched and voted for SPD in 2021. Whether these were liberal CDU voters who peeled off for SPD, or SPD voters who returned home after their marriage with Merkel ended isn’t clear, but the outcome remains the same.

Now, Scholtz is most likely Germany’s next chancellor, heading a “traffic light” coalition with the Greens and FDP. One shouldn’t rule out, however, the possibility of a Jamaica coalition (CDU/CSU, Greens, FDP); after all, the FDP has been clear their preferred partner remains the CDU/CSU.

Coalition building will take time. Parties have discussed hopes for a new government by Christmas, that however, will likely prove optimistic.

The elections kingmakers, the Greens and FDP, are worlds apart on economic management, spending and climate targets. Both parties’ leaders will surely allow themselves to be courted, waiting to see which suitor offers the better deal in terms of party positions within a coalition agreement, as well as the division of key ministries. Eventually, a coalition will be formed, but the process may prove arduous and drawn out, and its eventual outcome is anything but a certainty.

What is certain is that Germany’s political center currently dominates the field. The style and possibly the substance of the Merkel government will, by and large, continue with no flashy initiatives, no abrupt U-turns. Germans want a manager who will continue to pilot the nation along the prescribed channel.

The next government will face some significant policy decisions: 5G, dual-capable aircraft, armed drones, a potential new Afghan refugee crisis, and certification of Nord Stream II among them. While these issues could certainly strain a coalition, a consensus view will be assiduously sought.

Regardless of who the next chancellor is, American policymakers should expect continuity. The likely inclusion of the Greens and FDP in the government will mean a slightly more robust stance against China and Russia.

For the United States, this is a window of opportunity to encourage Germany to tack toward the U.S. approach to addressing the challenges of China and Russia. While the United States should have no illusions about complete alignment, Chinese and Russian overreach—combined with the exit of Merkel—suggest there is room for guarded optimism that Germany may move closer to the U.S. position on certain policy questions.

Yet Rome, as they say, was not built in a day. If Washington expects major realignment with Berlin overnight, then it is sure to be disappointed. Germans voted for continuity and stability. In essence, they’ve voted for a fourth term of Merkel.

Daniel Kochis is the senior policy analyst for European affairs in The Heritage Foundation’s Thatcher Center for Freedom.