Is the GOP Marching Toward Irrelevancy? 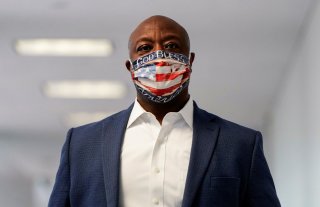 Sen. Ted Cruz (R-Texas) appears to have nodded off during President Joe Biden’s State of the Union address to Congress. Cruz and the rest of the GOP may as well have been in the arms of Morpheus because Biden has successfully taken the populist torch that former President Donald Trump lit without even noticing.

There is, to be sure, a difference between rhetoric and reality, and Biden’s policies would likely and chiefly serve as vehicles for bureaucratic imperialism. But rhetoric shapes the public’s reality, and Biden has the winning message even though it comes with all the standard Democratic Party fare: racial grievances, gun control, fears of right-wing extremism and white supremacy, and not a few contradictions. “I will not impose any tax increase on people making less than $400,000,” Biden said. His gun control plan amounts to a tax hike that would hurt Americans making far less than that figure.

However, the night’s emphasis was on the sweeping vision of a New Deal. Biden hit Trumpian notes with, for example, his call to “Buy American” and his appeals to non-college-educated workers.

“Nearly 90 percent of the infrastructure jobs created in the American Jobs Plan do not require a college degree,” he said. “Seventy-five percent don’t require an associate’s degree. The American Jobs Plan is a blue-collar blueprint to build America.” Biden spoke directly to the working-class voters to which the GOP has paid mostly just lip service. “The middle class built this country, and unions built the middle class,” Biden declared.

The American Families Plan also featured prominently, which Biden claims will provide up to twelve weeks of medical leave and put money directly into the pockets of millions of Americans with child tax credits. These proposals grasp at the kind of pro-natalist policies the populist right has demanded, but the GOP has failed to deliver.

The president may even beat Republicans at tax cuts.

“To be sure, that doesn’t mean everyone in those income brackets will enjoy the lower tax rates this year, since people may not qualify for some of the tax credits—for instance, the Child Tax Credit (CTC) is only available to families who have children under 18,” business journalist Aimee Picchi explains. “The estimate also excludes payroll taxes, which cover Social Security, Medicare and other federal programs, and state taxes.”

On paper, the biggest winners of the American Rescue Plan appear to be low-income households. Taking a shot at the GOP, Biden pointed out that the Tax Cuts and Jobs Act created by Goldman Sachs ex-CEO Gary Cohn provided a windfall above all for corporations—many of which are now pressing their boots into the necks of the GOP’s constituents.

If Republicans were smart, then they would highlight that Biden’s war on oligarchy looks a lot like theater. It’s not clear his proposed crackdown on corporations paying nothing in federal income taxes would do much because, as The Washington Post reported, “Biden’s plan would still allow virtually all corporations to use federal tax credits and deductions to reduce their existing tax obligations—one key reason some large firms pay nothing.” Moreover, an analysis of IRS data by the Washington Examiner shows Democrats represented 65 percent of taxpayers with a household income of $500,000 or more in 2020. Despite all the talk of socialism, Democrats are the party of the wealthy.

Of course, Republicans did no such thing. Instead, they sent Sen. Tim Scott (R-S.C.).

Against Biden’s vision of renewal, Scott argued that Democrats are the real racists because they didn’t want to go along with his police reform plan while rioters were burning down cities last year. This point is worth drawing out.

During last year’s Republican National Convention, Scott expressed “frustration” at a police shooting in Wisconsin. Officers were called by twenty-nine-year-old Jacob Blake’s girlfriend, who “reported that her boyfriend was present and was not supposed to be on the premises.” Blake, a black man, had an active warrant for trespassing, domestic abuse, and third-degree sexual assault. After a Taser failed to incapacitate him, and after Blake defied police, an officer shot him in the back several times when he opened the door of an SUV and appeared to be getting into it. Scott decried the shooting as another example of racist policing with “no justification whatsoever” after his RNC speech and told the press that he was “working with Karen Bass” on police reform. Unlike many of her colleagues, Bass does want to defund the police, which raises the question: what is the fundamental difference between the Republican Party and the Democratic Party?

Scott even spoke of America’s past as “original sin,” taking up a progressive theory of history that implies the country is on a march toward progress. The problem with this view is that Democrats will always be willing to go further to attain absolution and the Republican Party will trend to the Left to keep up as a consequence. Also, the problem begins by embracing the Left’s view of U.S. history.

The most notable thing about Scott’s rebuttal was the return to GOP economic orthodoxy, which stood in stark contrast with all the talk about the new Republican working-class party.

“Tonight, we also heard about a so-called family plan,” Scott said. “Even more taxing, even more spending, to put Washington even more in the middle of your life—from the cradle to college.” He could have countered with Sen. Josh Hawley’s (R-Mo.) version of the American Family Plan, which would provide a fully refundable tax credit of $6,000 for single parents and $12,000 for couples. Instead, Scott railed against “socialist dreams.”

The GOP’s austerity preaching likely finds a shrinking choir because many Americans know that the Republican Party loves spending as much as the Democratic Party. That’s probably why 59 percent of Republican voters agree that corporations should pay higher taxes. A Fox News poll found that 54 percent of Republicans support raising taxes on income above $10 million and, broadly, just 40 percent of Americans prefer the federal government cut taxes, spending, and regulations. The GOP is missing an issue that could be effective with its constituents. Similarly, Scott had only one sentence in his entire speech about immigration, which is popular with Republican voters. “Weakening our southern borders and creating a crisis is not compassionate,” he said. Why not emphasize that Biden’s supposedly pro-worker policies are at odds with mass immigration? Scott was curiously silent here.

Suppose Republicans want to win without merely relying on voters getting fed up with the Democratic Party’s behavior. In that case, the response to Biden’s Rooseveltianism may be something along the lines of Huey Long, who served as governor of Louisiana and as a U.S. senator until he was assassinated in 1935. Along with Gen. Douglas MacArthur, former president Franklin Roosevelt considered him “one of the two most dangerous men in America,” and regarded his death as a “providential occurrence” because of the threat Long’s presidential challenge posed. Even if the GOP did want to crack up parts of the federal bureaucracy, it would, ironically, require governing like Long rather than the preferred quasi-laissez-faire approach.

The hard truth is that U.S. politics has evolved into an arms race to give people benefits with the power they confer upon elected representatives. The GOP can accept this fact or continue its march toward irrelevancy, winning only when Americans are momentarily fed up with the Democratic Party.