How Biden Can End the War in Ukraine 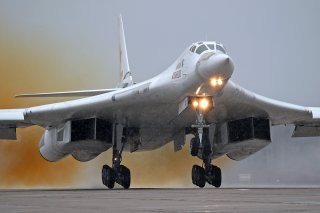 Nearly two weeks after Russia invaded Ukraine, the United States, NATO, and the Russian Federation remain trapped in an escalation spiral of increasing economic sanctions, military actions, cyber exchanges, and nuclear threats that could escalate with potentially catastrophic consequences for the world. The cascading consequences of Russia’s invasion are eerily reminiscent of recent history when great power alliances transformed Eastern European conflicts into two unnecessary world wars that caused unprecedented destruction and the loss of tens of millions of lives. The more the United States continues to escalate its economic and proxy war against Russia in Ukraine, the higher the likelihood we will see history repeat itself. Eighty years ago, Imperial Japan’s surprise attack on Pearl Harbor in response to similar U.S. economic sanctions designed to strangle its economy provides a chilling reminder of how U.S. attempts to “collapse” Russia’s economy might be viewed as an existential threat by Moscow—potentially provoking them to retaliate with a surprise attack on U.S. critical infrastructure with cyber, Electromagnetic Pulse (EMP), or even nuclear weapons.

The war in Ukraine has the potential to drag on for another two to three months, killing tens of thousands of Ukrainians and destroying many, if not most, of its major metropolitan centers. The UN Commission on Human Rights has confirmed that approximately 550 Ukrainian civilians have been killed and nearly a thousand more have been wounded during Russia’s invasion, while over two million Ukrainians fled the country. While Ukrainian forces have enjoyed limited tactical successes in delaying Russia’s advance, the latter’s ultimate victory has never been in doubt given its overwhelming military superiority. Contrary to the popular media narrative, Russia has shown surprising restraint in refraining from using its most powerful weapons, including cyber, EMP, chemical, biological, and tactical nuclear weapons in an apparent attempt to minimize collateral damage. Russia could opt to utilize these weapons to end the war on its own terms much more rapidly and at a reduced cost in terms of Russian men and material. However, it could only employ them at the cost of causing a communications breakdown with the Ukrainian government, which would greatly hamper bilateral negotiations to end the conflict. In addition, the use of such weapons would also result in much greater Ukrainian civilian casualties, further inflaming Ukrainian (and international) public opinion against Moscow and making it much more difficult for a future Russia-friendly Ukrainian government to obtain popular support.

As I wrote for The National Interest, the United States should be doing everything it can to de-escalate America’s expanding conflict with Russia to avoid the outbreak of World War III. President John F. Kennedy reflected that the most important lesson of the Cuban Missile Crisis was that the leaders of the nuclear superpowers needed to defuse crises by helping each other find mutual, face-saving compromises. Time may be quickly running out to negotiate a peaceful resolution of the conflict. History suggests that the longer a war drags on, the more hardened each side becomes and the less willing they are to compromise—at least until one side prevails and imposes its own peace terms by force of arms.

The question that Western leaders have struggled to answer is what Russian president Vladimir Putin’s war aims in Ukraine really are. That question has now been answered by the Russian government, which has demanded that Ukraine agree to amend its constitution to enshrine its neutrality and to commit to never join any military bloc—perhaps accompanied by international guarantees similar to the Austrian State Treaty of 1955—and to “demilitarize” (which one Russian source has suggested means it must surrender or destroy all of its “strike” systems) as part of a ceasefire agreement. Russia has also said that Ukraine would have to recognize the Russian annexation of Crimea and the independence of the separatist republics of Donetsk and Luhansk “within their constitutional borders,” which would amount to the loss of just over 6 percent of the territory and over 6.5 percent of the people under Ukraine’s control prior to Russia’s invasion. This would be a lamentable but not a catastrophic loss for Ukraine, which would remain the second-largest country in Europe, excluding Turkey, with well over twice as much territory as the United Kingdom, a nation with nearly twice the population of Ukraine. The Russian Foreign Ministry has denied that Russia needs to capture Kyiv before a cease-fire is implemented, that it intends to impose a Russian-puppet regime, that Russia plans to annex any additional territory, or that it plans to occupy Ukraine with its military forces. These much less expansive Russian peace terms would seem to disprove the claims of those who have been alleging that Putin is attempting to reunite the Soviet Empire. The effect of such an agreement would be very similar to the Moscow Peace Treaty of 1940, which ended the Winter War between Finland and the USSR and ensured Finland’s long-term independence. It would essentially transform Ukraine into a neutral “buffer state” between the United States and NATO.

Russia’s latest reported peace terms for Ukraine are considerably more lenient than most military analysts feared they would be and provide a useful framework upon which to negotiate an end to the war and reduce the prospects for future conflict between both nations. The biggest obstacle in ending the war between Russia in Ukraine is that the United States and NATO continue to give false hope to Ukrainian leaders despite the fact that Kyiv is on the verge of being surrounded and their prospects of defeating Russia militarily are virtually non-existent. The Biden administration should recognize that the continuing transfers of U.S. and NATO arms to Ukraine are not at all helpful if its objective is to rapidly end the war and get Russia to withdraw its military forces from Ukraine. Rather, they are, in fact, contributing to prolonging the war unnecessarily and increasing the scale of death and destruction that will inevitably ensue. Furthermore, it must be realized that Western economic sanctions on Russia are entirely punitive and have had absolutely no deterrent effect on Russia’s aggressive behavior.

The administration’s highest priority right now should be to incentivize the Ukrainian government to conclude a compromise peace agreement with Russia to provide Putin with a face-saving “exit ramp” to allow Russia to end the war. Accordingly, President Joe Biden should engage in a very direct discussion with Ukrainian president Volodymyr Zelenskyy and let him know that, given the U.S. and NATO decision not to send troops to fight Russia in Ukraine, a Russian military victory is likely only a matter of time. Biden should encourage Zelenskyy to accept Russia’s not-entirely-unreasonable peace terms now, as the longer the war drags on the more costly it will be to both sides and the worse the terms that Russia will be willing to accept will be—up to and including a full annexation of Ukraine. In exchange for Ukraine coming to terms with Russia, Western leaders should offer a massive economic reconstruction aid package to Kyiv once a peace agreement has been signed.

The Ukrainian military “strike systems” to be destroyed would likely include its Su-24 and Su-25 attack aircraft; Mi-24 attack helicopters; Neptune anti-ship cruise missiles; Tochka, Sapsan, and Hrim-2 short-range ballistic missiles; heavy artillery systems, including its B-4 and 2S7 self-propelled 203 mm howitzers; BM-21 Grad, BM-27 Uragan, BM-30 Smerch, and Vilkha multiple rocket launchers; combat drones, and long-range S-300 surface-to-air missiles. In addition, Ukraine would be prohibited from developing or fielding any of these types of weapons in the future along with a ban on its development of weapons of mass destruction including nuclear, biological, or chemical weapons. Presumably, Russia would also demand a significant reduction in the size of the Ukrainian Ground Forces—perhaps to no more than 150,000 troops. Under such an agreement, Ukraine should be allowed to keep the rest of its armaments including main battle tanks, fighter interceptors, and all of the man-portable shoulder-fired anti-tank and Stinger anti-aircraft missiles it has already received from the United States and NATO. No other restrictions should be placed on its armed forces that could prevent it from maintaining a robust conventional military deterrent. The Russians would also likely insist that all U.S. and NATO military assistance to Ukraine be suspended indefinitely, and that Ukraine end its membership in NATO’s Partnership for Peace program. In return for these Ukrainian concessions, Russia would commit to withdrawing all of its troops from Ukrainian territory.

Russia has also been insisting on Ukrainian “de-Nazification,” which appears to be a reference to the replacement of Ukraine’s current government with one that is not “anti-Russian” (i.e., Western-oriented) in outlook. Moscow has specifically demanded a ban on Ukrainian right-wing nationalist political parties (presumably Zelenskyy’s Servant of the People Party) and militias, specifically the Azov Battalion, which has a reputation for being a white nationalist neo-Nazi paramilitary organization. While members of Zelenskyy’s political party could join or form other political parties to run for re-election, Russia would likely require Zelenskyy himself to resign and be prohibited from running for re-election under the terms of the new peace agreement. Former Ukrainian president Petro Poroshenko, who has denounced Putin as “a war criminal,” would also likely be banned from running for president under the agreement. Following Zelenskyy’s resignation, Ruslan Stefanchuk, who currently serves as speaker of the Rada, could serve as acting president to dissolve parliament and oversee snap elections to elect a new Ukrainian government which was committed to pursuing a policy of neutrality and implementing the terms of its new peace treaty with Russia. Former prime minister Yulia Tymoshenko would be an excellent choice for the next president of Ukraine given the fact that she served as a leader of the Orange Revolution and was held as a political prisoner by ousted pro-Russian president Viktor Yanukovych from 2011-2014.